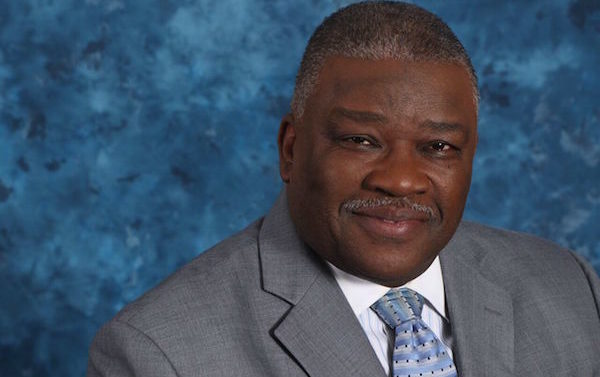 Harry Sims will officially resign his Athens-Clarke County Commission seat next Tuesday to run for mayor, he announced at last Tuesday’s commission meeting.

Because Sims has almost three years left in his term, state law requires him to resign before he qualifies to run for mayor the first week in March. Commissioner Kelly Girtz, who’s also running for mayor, is not required to resign his term will expire at the end of 2018—the same time he’d be sworn in as mayor if he wins—although he is not allowed to run for re-election and for mayor at the same time.

Sims said he decided to resign now so that “this seat will not be vacant any longer than it has to be… and to save the taxpayers money.” The timing will allow a special election to be held for his seat on May 22, the same day as the mayor’s race and other commission races.

Currently in his seventh term, Sims is by far the longest-serving county commissioner with 25 years behind the rail, not counting two years on the Athens City Council before unification in 1991.

Frontier owner Devin Clower, who said she was speaking “on behalf of pretty much the entire downtown Athens business community,” presented a petition signed by 29 Clayton Street business owners asking them to delay the project until Jan. 1, after the 2018 football and holiday shopping seasons. If work can’t be completed by the end of July 2019, the letter asks that the county pause for the fall and resume the project in January 2020.

“Everyone we spoke to has gotten on board,” said Russell Edwards, a downtown business owner and District 7 commission candidate. “Business owners are deeply concerned with how this project has come on thus far.”

Clower said the petition grew out of a Jan. 20 Downtown Athens Business Association meeting that was attended by Girtz and Mayor Nancy Denson. That meeting came more than two weeks after the commission hastily approved preliminary plans for the Clayton Street project without much public input so that it could start in May rather than August, ideally wrapping up before the 2019 football season.

“There [are] a lot of concerns,” he said. “There are more concerns now than I ever thought”

Commissioner Melissa Link, who had pushed to slow down the project, reiterated her call for more public input.

“It’s really important that we get folks aware and involved at the very, very front end,” she said.

• Denson said she received a letter from the NAACP expressing concern about minors out late at night without adult supervision. “I think it’s a very valid concern,” she said before assigning the issue to the commission’s Legislative Review Committee.

• Girtz suggested that the Public Utilities Department consider a policy allowing property owners who want to tie on to city water or sewer lines to spread the costly fee out over 10 years.

• Commissioner Jerry NeSmith is very concerned about “flushable” wipes being flushed down the toilet because they don’t dissolve and can clog up sewer pipes; it happened twice recently near Burney-Harris-Lyons Middle School. Throw them in the trash, he said.