Republicans Try to Differentiate Themselves in House District 119 Race 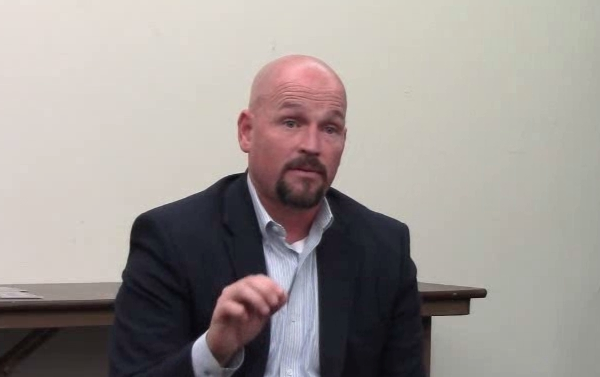 In individual sessions held with the Oconee County Area Republicans in recent weeks, the three Republican candidates in the special election on Tuesday for Georgia House District 119 have shown rather different characteristics.

Tom Lord took few firm stands in a session with a small number of Republicans gathered on Sept. 30, using the 50 minutes given him instead to get feedback and suggestions from those who turned out to meet him. He focused on his trustworthiness and his conservative values.

Steven Strickland was given less than 40 minutes on Oct. 19, and he used his time to make the case that his technological expertise would serve the state well. He defended his assertion that government should play a role in infrastructure development and stressed the need to help rural Georgia.

Marcus Wiedower was energetic is his nearly 45 minutes with the group on Nov. 2, talking about his personal life, including his love of sports, and his accessibility. He repeated his pledge not to raise taxes and his complaint that the state has bowed to pressure from the film industry in not defending religious liberty.

Democrat Jonathan Wallace met with citizens via a live session on Facebook on Nov. 2, and he gave detailed answers to a wide range of questions. He was measured in his responses, restating his opposition to campus carry and support for Medicaid expansion and touting his work teaching computer coding to children in Athens.

About 2,700 voters cast their ballots in early voting in the special election, and the polls are open from 7 a.m. to 7 p.m. on Tuesday for final balloting.