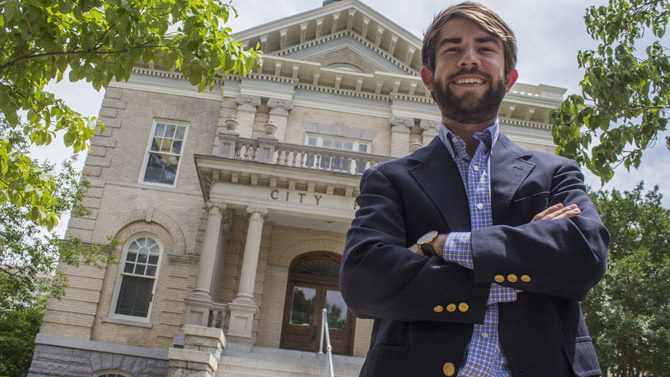 Two familiar faces in local politics will vie for an Athens seat in the state House of Representatives.

Gaines, who now works as a consultant for nonprofits, said in a news release that he is running as a “new, conservative voice.”

“I’m running for House District 117 because this community has been home my entire life, and I want to serve my neighbors by working for better educational opportunities for our children, good-paying jobs and new investment in transportation options to improve mobility,” he said. “I believe in low taxes and smaller government, the value of free enterprise and personal responsibility—and as a lifelong Republican in this community, I always have.”

Denson, along with many other Democrats, supported another Republican—the current officeholder, Regina Quick—in the 2012 GOP primary against Doug McKillip. No Democrat ran in that race, but there is one in this year’s contest: Athens lawyer Deborah Gonzalez, who announced her candidacy last month.

Gonzalez has raised $7,421, according to a report filed last week with the Georgia Government Transparency and Campaign Finance Commission. Her donors include former mayor Heidi Davison and well-known progressive activists Bertis Downs and Nancy MacNair, among others.

Meanwhile, McKillip is seeking to reclaim the seat he lost in 2012, after he left the Democratic Party and became a Republican.

McKillip switched parties in 2010, after a wave election favoring the GOP. House Republicans redrew his liberal-leaning Athens district to include parts of Oconee, Jackson and Barrow counties, making it safe for a Republican. However, the district seems to be trending left. Donald Trump won it by just 4 percentage points last year.

Other than the party switch, McKillip is best known for sponsoring a bill restricting abortions after 20 weeks that enraged Democrats and many medical professionals but boosted his standing on the Christian right.

He has not received any contributions as of June 30, but poured $102,000 of his own money into his campaign, according to his campaign finance disclosure.

McKillip and his law practice have moved from Five Points to Oconee County. He lists a Watkinsville address on his disclosure.

McKillip said he plans on contrasting his 26 years of experience as a lawyer and six years as a legislator with Gaines’ lack of expertise or experience. He also predicted that Gaines’ bipartisan support will hurt him with GOP primary voters.

“He’s going to tell Athens Democrats one thing and Republicans in Oconee County another, and try to stitch together a coalition that way,” McKillip said. “It’s straight out of Regina’s playbook.”

Quick is not running for re-election and signed off on Gaines’ announcement, according to one of his campaign advisors, Brian Robinson, a former spokesman for Gov. Nathan Deal.

She is widely rumored to be Deal’s pick to replace the retiring Superior Court Judge David Sweat. If she is appointed, she will have to resign her House seat, and a special election will be held. If not, the primary will be in May 2018, with the general election the following November.

Quick has not returned a phone call seeking comment.

This post has been updated to add comments from McKillip.

Brian Kemp Is Already Facing Controversies in the Governor’s Race