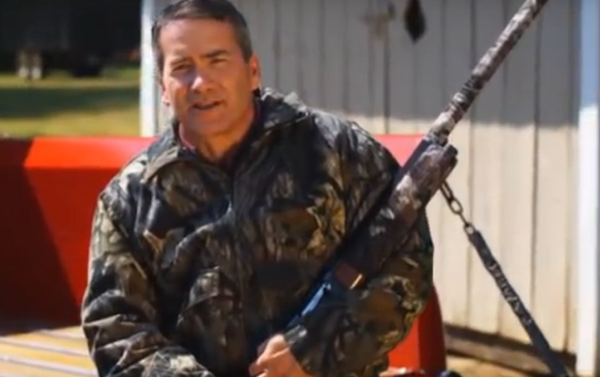 If U.S. Rep. Jody Hice ever does hold a town-hall meeting in Athens, you might want to think twice about asking him any pointed questions.

Or, you might find Hice has something of his own to point—a gun.

On Wednesday, the Walton County Republican announced that, in the wake of the shooting at the annual congressional baseball game last week, he’s introduced the Congressional Personal Safety Act, which would allow congressmen to carry a firearm anywhere in the country, except the U.S. Capitol. (Some of those hearings can get a little testy, I guess.)

“Personal protection and being able to defend oneself against an assailant is part of the fabric of our Constitution, which is why I am an ardent believer in the Second Amendment,” Hice said in a news release. “While Members of Congress are all average Americans, it is clear that we also have a bull’s eye on our backs. In light of recent events, it’s incredibly important that Congressmen and women maintain the ability to provide for their own safety, regardless of the city or state.

“The Congressional Personal Safety Act will grant elected officials the authority to carry a firearm anywhere in America, except for the Capitol. Simply put, the right to bear arms is a right to self-defense, and I’m proud to spearhead this measure.”

Probably best to keep that rant about the Republican health care plan to yourself.