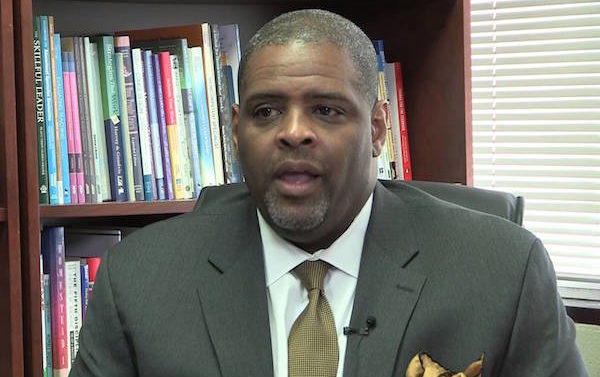 The Clarke County School District will introduce Demond Means as its sole finalist for CCSD superintendent at a public forum tonight, the district announced this morning.

Means, a Milwaukee native, has been the superintendent of the Mequon-Thiensville school district in suburban Milwaukee since 2008. He also has experience as a high-school social studies teacher, assistant principal and associate principle, middle-school principal and human resources director, all in Wisconsin.

Mequon-Thiensville was named Wisconsin’s best school district with more than 3,000 students from 2012–2015.

“The Board of Education is pleased to announce our candidate for superintendent—Dr. Demond Means—who brings a wealth of experience and success to the table,” CCSD Board President Charles Worthy said in a news release. “He has a track record as a visionary leader, and the district he currently oversees boasts an 85 percent graduation rate. Our board could not be more pleased to introduce him to the community this evening.”

Suzette Urbashich, a former Mequon-Thiensville board president, said, “Dr. Means has become one of the most successful and effective educational leaders in our state and region. At the same time, he has never lost sight of our responsibility to work on behalf of and advocate for all children.”

It’s also very different from Clarke County demographically: 78 percent of students are white, 9 percent are economically disadvantaged, 3 percent speak limited English, and only 0.1 percent moved within the district during the school year, according to its state report card.

Prior to coming to Mequon-Thiensville in 2005, Means was an administrator in Wauwatosa, WI, which he describes in his resume as a “racially, ethnically and geographically diverse community,” but which is 90 percent white and has a 4 percent poverty rate.

It’s not listed on his resume, but Means was also tapped to turn around Milwaukee’s poorest-performing public schools. He resigned in June 2016 after less than a year, citing the “adversarial climate.”

The forum—which will include a Q&A session with Means—will be held at 6 p.m. today at Whitehead Road Elementary School.

The school board will meet at 8 a.m. Tuesday to make Means a formal offer.

Video: Kids, Cops and Charlayne Hunter-Gault at the Chess and Community Conference