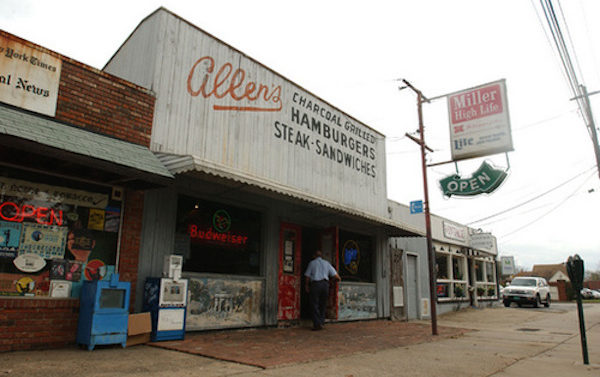 Slaughter was a halfback on the 1955 state champion Athens High and 1959 SEC champion Georgia football teams—along with Hall of Fame quarterback Fran Tarkenton—and went on to earn a law degree from UGA.

Later, he bought Allen’s from Allen Saine. The bar and restaurant in Normaltown was one of the centers of the Athens music scene in the 1970s and ’80s, as well a popular hangout for students, townies and sailors at the Navy Supply Corps School (now the UGA Health Sciences Campus). Future governor and senator Zell Miller worked there, and writer Lewis Grizzard and members of the B-52’s, R.E.M. and Widespread Panic were patrons.

Slaughter eventually sold the business to longtime manager Danny Self. It closed in 2003, and the building has since been torn down to make way for medical offices. He sold the name to two UGA alumni who reopened the business on Hawthorne Avenue, but the second iteration closed a few years later.

Bridges Funeral Home is handling funeral arrangements. A service will be held at 11 a.m. Friday at Oconee Hill Cemetery.