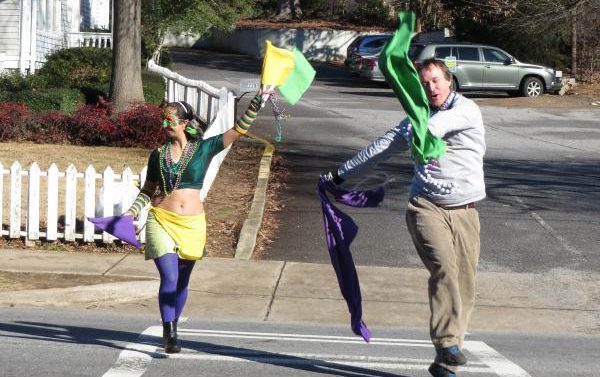 The Athens-Clarke County Transportation and Public Works Department placed the flags at crosswalks near The Grit and Daily Grocery for people to wave at drivers as they crossed the busy street more than a year ago, but they didn’t work, according to ACC traffic engineer Steve Decker.

A study done by TPW and police found that waving the flags did not make more drivers slow down or stop, so TPW stopped replacing the flags.

“We couldn’t prove that they were [effective], so the boss told me, ‘When they’re gone, we’re done,'” Decker said.

About 220 flags went missing since the program started in January 2015. (Most of them “probably ended up on a dorm-room wall,” Decker said.)

The good news for pedestrians, though, is that drivers are getting used to the flashing beacons at crosswalks as more are installed around the city, Decker said. Police used to issue 20 tickets an hour when patrolling Prince crosswalks, and now it’s down to about three, he said.

Ultimately, Decker said he believes the solution is an overhead flashing beacon. ACC commissioners had been waiting on development plans for St. Joseph Catholic Church before moving forward with pedestrian improvements on Prince, but Decker said he is hopeful an overhead flashing beacon will be funded in July, when next year’s county budget takes effect.