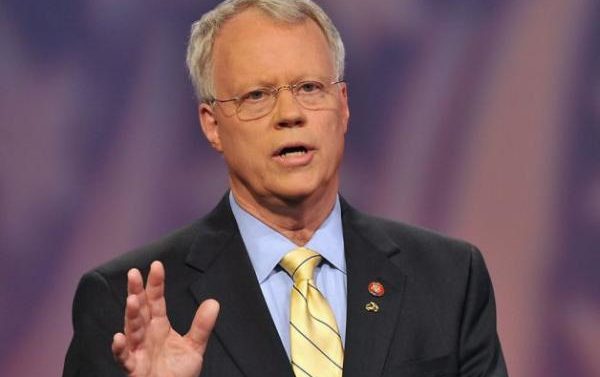 Former Athens congressman (and current candidate) Paul Broun’s former chief of staff was indicted today on eight charges in an FBI investigation related to his alleged misuse of taxpayer money, according to the AJC.

David Bowser has been charged with one count of obstruction of proceedings, one count theft of government property, one count of concealment of material facts and five counts of making false statements.

Bowser is accused of paying consultant Brett O’Donnell $43,000 in taxpayer money to prepare Broun to debate opponents in his 2014 run for Senate and urging O’Donnell to portray himself as a campaign volunteer. O’Donnell plead guilty of lying to investigators in U.S. District Court last year.

Congressional staffers are allowed to work on their bosses’ re-election campaigns, but only if they’re paid for that time with campaign funds and not by taxpayers.

Broun lost his Senate bid two years ago and is now running against Rep. Doug Collins of Gainesville in the May 24 Republican primary. A close ally, Rep. Jody Hice, won Broun’s 10th District seat two years ago, and he opted to run in Collins’ 9th instead.

This isn’t the first time Broun’s been accused of mixing politics with official business. Shortly after his initial election in 2007, facing a tough primary challenge, he spent most of his taxpayer-funded office budget on franked mail that resembled campaign literature. A federal grand jury also has been looking into whether he had an improper relationship with Hice’s campaign, which was run by Jordan Chinouth, a former Broun aide.