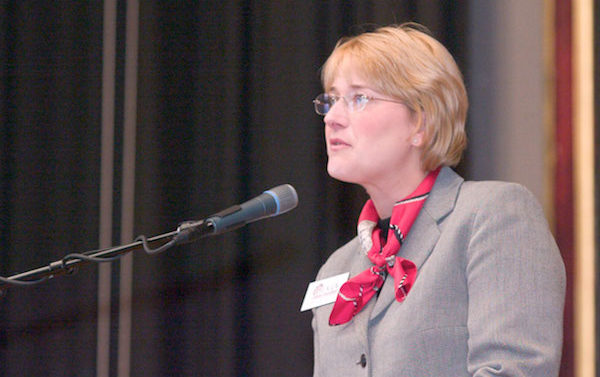 A former University of Georgia fundraiser abused her position to skip work and run marathons at taxpayer expense, according to an investigation by WSB-TV and the Atlanta Journal-Constitution.

Deborah Dietzler was the director of alumni relations for UGA, a job requiring her to travel for alumni events. She often would book flights to and hotels in cities where she wanted to run marathons, then tell assistants to find her people to meet with so she could charge the trips to UGA. She also booked expensive hotels in violation of travel policies so she could earn points.

Sallyanne Barrow and Scott Kinney, who worked under Dietzler, blew the whistle in 2013. Fraud investigators recommended that Dietzler’s contract not be renewed, but her boss, the now-retired Tom Landrum, gave her another job at an equivalent $163,000 $123,000 salary for six months, until she found work elsewhere. Dietzler took a similar but higher-ranking position in February 2014 at the University of Louisville, where she is now on administrative leave.

Barrow was fired and is considering filing a lawsuit against UGA.

Dietzler, through her lawyer, denied wrongdoing. The university declined to comment.

Athens Power Rankings for the Week of Nov. 16