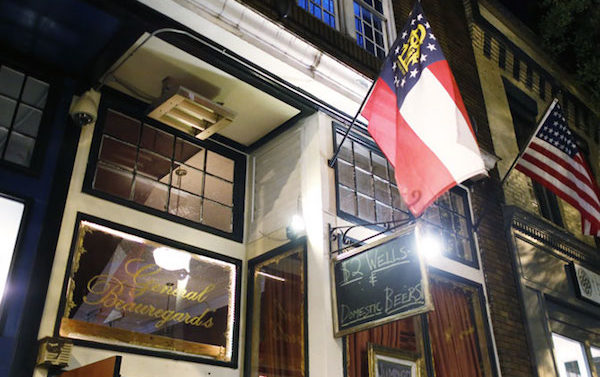 General Beauregard’s owners have confirmed that the bartender’s cheat sheet containing a recipe for a shot called a “N*****ita” is real and say the bar will reopen with no changes to its Confederate theme on Monday.

Daniel Simmons still has not responded to Flagpole’s follow-up inquiries after releasing a statement Tuesday on the controversy, sparked when a print-shop employee posted a photo of the sheet on Facebook expressing his disgust, which was widely shared on social media and became national news. But he and Gardner Dominick emailed additional comments to the Athens Banner-Herald on Friday.

Simmons and Dominick wrote that the sheet was an old document stashed behind the bar, and only one recipe was “unacceptably themed.”

They wrote that they were “outraged” to discover that the drink existed, and they “offer our sincerest apology to the City of Athens which we love and cherish, our customers and the public.”

They wrote that their staff told them the drink has never been ordered or served, which was backed up by computerized sales records.

General Beauregard’s was closed last week, but Simmons and Dominick wrote that it will reopen on Monday, and it’s typically closed this time of year due to midterms (which were actually several weeks ago) and “the big game,” an apparent reference to the Georgia-Florida game today. Students had Friday off to travel to Jacksonville, FL.

The bar’s theme will remain the same.

“We get a lot of feedback that people enjoy the environment and appreciate it’s different,” Dominick and Simmons wrote. “It’s been around since 2003 with a really great staff so no changes are planned.