Jody Hice: Kim Davis Is Being ‘Persecuted’ for Her Beliefs 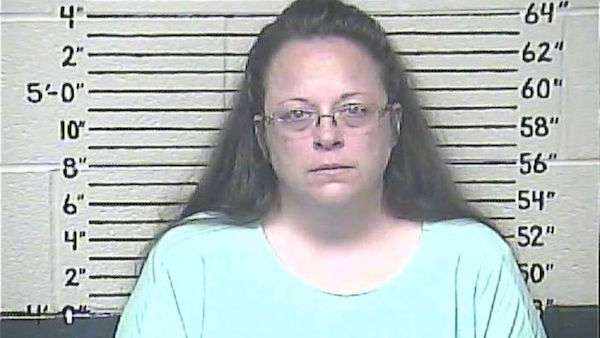 U.S. Rep. Jody Hice (R-Loganville) is a fundamentalist Christian who is staunchly opposed to same-sex marriage. So it’s really no surprise that he’s standing by Kim Davis, the Kentucky court clerk who was held in contempt of court and jailed last week for refusing to issue marriage licenses to same-sex couples in violation of a recent Supreme Court ruling striking down same-sex marriage bans nationwide.

Nonetheless, here is the statement Hice provided to the AJC:

I am deeply troubled that our Nation is forced to grieve for the not-so-distant past when citizens were guaranteed the freedom to live according to their faith. Our founding fathers envisioned a land populated by men and women of strong faith; and now, with the arrest of Kim Davis, this vision has once again been undermined as Ms. Davis sits in jail because of her beliefs. I strongly condemn the decision to persecute Kim Davis, who rightly holds the belief that no Court has the authority to overturn the laws of God.

Holding Kim Davis in contempt of Court will not deter those who strive to uphold their faith. Defending religious liberty and the First Amendment should be grounds for applause, not grounds for arrest. I will continue to fight for all citizens to retain their ability to practice their faith freely, as our founding fathers intended.

Expect the Davis saga to fuel the “religious liberty” bill when the state legislature convenes in January.