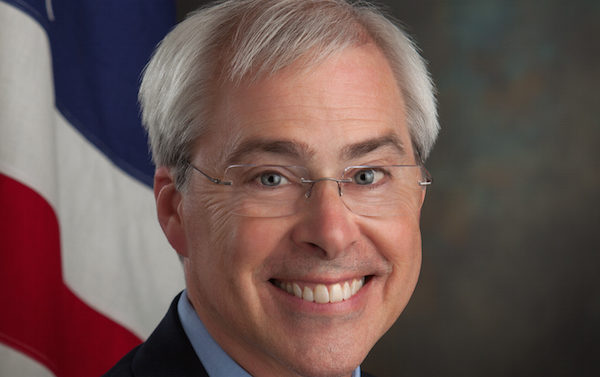 Barrow will be a scholar in residence at the School of Public and International Affairs, teaching once class this fall and two in the spring semester focusing on political polarization.

Barrow ought to be an expert on the topic: Running as a moderate Democrat, he was elected to represent a swing district that included Athens, Augusta and Savannah in 2004. Republicans coveted the seat and twice took out Democratic-leaning chunks of his district in an effort to oust him.

Through tactics like decrying the lack of cooperation in Washington, posing with guns in TV commercial, voting against the Affordable Care Act, and opposing same-sex marriage, Barrow was able to keep his seat in the increasingly conservative district until 2014, when Rick Allen finally defeated him. Yet he also used President Obama’s endorsements to fend off African American challengers on his left.

Barrow was the last white Democratic congressman in the Deep South, a symbol of how the parties had split along racial lines.

Barrow followed his district from Athens to Savannah to Augusta as Republicans gerrymandered the lines. After his loss, he moved back to his family home in Five Points.

The Barrow family’s roots in Athens go back generations. His father was the noted judge James Barrow, and his mother, Phyllis, was a prominent Democratic activist. He earned his undergraduate degree in political science from UGA in 1976 before going on to Harvard Law School. He practiced in Athens and served on the Athens-Clarke County Commission before being elected to Congress.

At UGA, Barrow will also advise SPIA and the Grady College of Journalism and Mass Communication on creating a certificate in applied politics, which will teach students practical knowledge required for careers in the political world, such as lobbying and running campaigns.