Medicaid Advocates Are Protesting at the GOP Convention in Athens 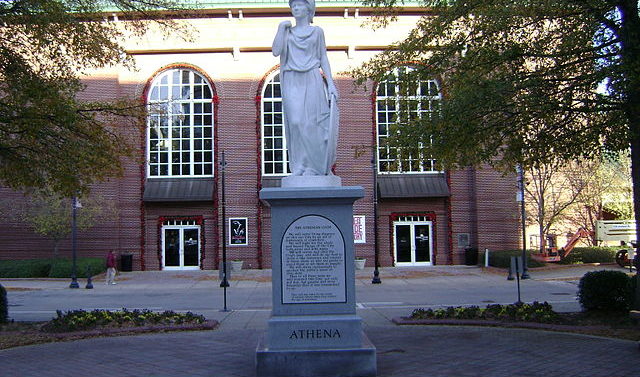 Two progressive groups, Athens for Everyone and Moral Monday Georgia, are organizing a rally for Medicaid expansion at 5 p.m. Friday in front of the Classic Center, where Georgia Republicans will be holding their biannual convention.

From Athens for Everyone:

The Republican Party is holding their annual State Convention at the Classic Center right here in Athens on Friday, May 15. That means all those legislators, and Governor Deal, who have been standing in the way of expanding Medicaid in Georgia will get to hear us tell them what we think! Marco Rubio, Ted Cruz, and Chris Christie will also be speaking, so there’ll be a lot of media, which means a great opportunity to make sure more people know that our state government is standing in the way of people’s access to health care.

The Georgia state government has rejected around $40 billion in funding from the federal government to expand its Medicaid program. As a result, 650,000 Georgians in this Medicaid Gap lack coverage. More horrifying, over 1,000 Georgians are dying annually because of Gov. Deal and the legislature’s political posturing as hospitals close and people are unable to access the preventative care that saves lives. As Georgia NAACP President Francis Johnson declared at the Capitol, The consequences of not expanding Medicaid are now clear. Our governor and legislators must declare “farewell to innocence”. They must follow the lead of Kentucky, Arkansas, and North Carolina by realizing their mistake and accepting Medicaid expansion.

Thankfully, there’s some quiet movement toward making this happen here as well, thanks to the pressure the Medicaid expansion movement has applied in Atlanta. Now, we have our chance to make our voices heard in Athens and to keep the pressure on while the legislature’s not in session!

A caravan will be bringing protestors from Atlanta, too.

Chris Christie: I Can Work With Democrats