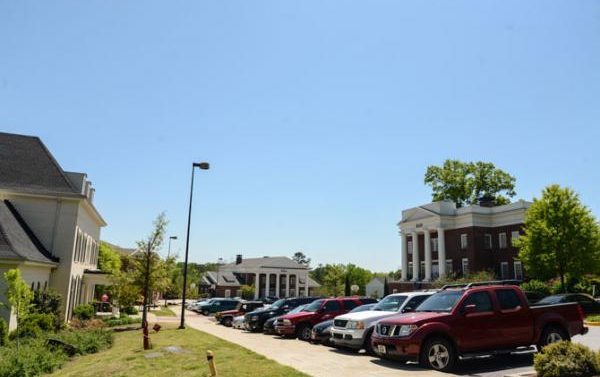 A member of a University of Georgia fraternity pointed a gun at members of another nearby fraternity during an altercation early this morning, according to UGA police.

Five or six Pi Kappa Alpha members standing outside their Greek Park Circle house had a “verbal altercation” with a similar number of Tau Kappa Epsilon members standing on the second-floor landing of their house at about 3 a.m., police said.

A man at the Tau Kappa Epsilon house pointed a semi-automatic handgun at the Pi Kappa Alpha brothers, then fired a single shot in the air.

Witnesses described the gunman as a white, college-age male wearing a dark coat. Police have not identified him yet.

UGA investigators asked anyone with information about the incident to call 706-542-2200.

UPDATE: Police have charged Gregory John O’Brien, 21, with two counts of aggravated assault, disorderly conduct and possession of a firearm on school grounds. They have a warrant for O’Brien’s arrest, but he has not been booked into jail. O’Brien is listed as a TKE member on the UGA chapter’s website.