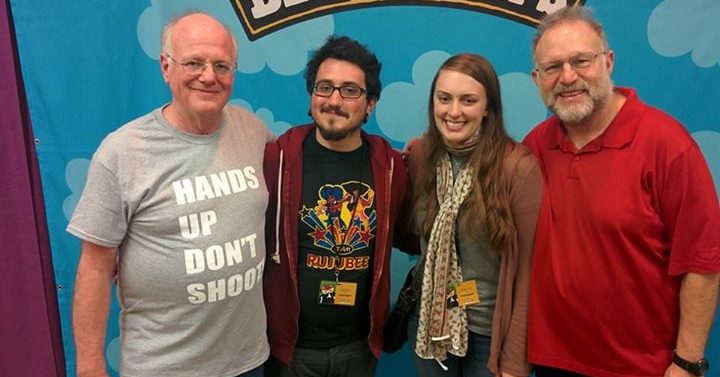 The University of Georgia graduate posted the photo in honor of Martin Luther King Jr. Day. Hoping to spark a positive discussion about police brutality, he was met with hateful backlash. The photo went viral overnight, gaining upwards of 300,000 views, more than 3,000 shares, and more than 1,600 comments. Supporters chimed in here and there, but the discussion is dominated by personal attacks and threats of a boycott.

One example: “Please don’t call Law Enforcement when your shops are vadelilzed [sic] by the thugs you are supporting when the next ‘peaceful protest’ takes place near one of your ‘disrespectful’ establishments. Pathetic liberal F*tard!!!!!” wrote Shannon Daly Moran.

Bubb declined to comment to Flagpole, but responded on Facebook: “I will always be eager to address injustice wherever it presents itself and to challenge my worldview. People from corporate have assured me it’s not my fault and that if not us, another shop would have posted something but damn… How do I see the love and positivity of this situation?”

“Ben & Jerry’s deeply respects and appreciates all those who protect and serve our communities. We do not subscribe to the narrative that we have to choose between black lives and blue lives. All lives matter.

“There is injustice rooted in race in our society. This is an important issue and is deserving of efforts from all including businesses, organizations and individuals to further peace and understanding in our communities. Dr. Martin Luther King Jr. said it best: ‘Injustice anywhere is a threat to justice everywhere.’

“While the Hands Up Don’t Shoot campaign is not being conducted by Ben & Jerry’s business, we support our cofounders as individuals and our independent franchisees to express their values and be activists in their community.”

Ben & Jerry’s supporters have taken this message to heart by organizing events, posting statuses of support and encouraging people to publicly proclaim their solidarity with Ferguson and Ben Cohen’s right to free speech.

Yasmin Asghari, a UGA student, organized a “Ben & Jerry’s Lovers Unite” event from 5–7 p.m. today in an attempt to boost sales and morale at the Athens location.