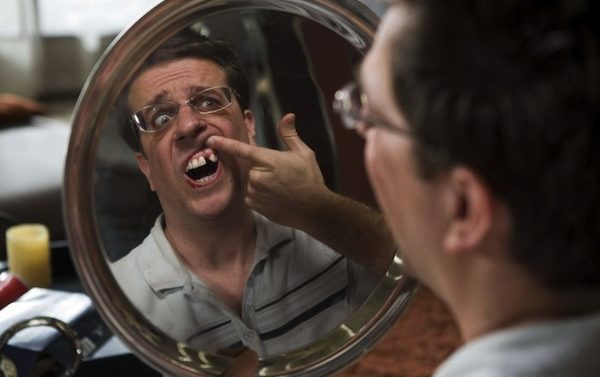 Election Day is tomorrow, and the candidates are making their final pitches to the voters. Here’s what’s been happening the past few days:

• Democratic Senate candidate Michelle Nunn has received the coveted Ed Helms endorsement. The comedian put his name on a fundraising letter for Nunn, the daughter of former Sen. Sam Nunn.

Between The Hangover movies and The Office, I’m very closely associated with responsible behavior, so I’m sure you’ve been expecting to hear from me about this election.

No? That’s odd. Well here’s what you might not know — I grew up in Georgia and I love my home state.

I’m also a big fan of Michelle Nunn and I’m proud to support her campaign for Senate. My father actually supported Michelle’s father in his first Senate campaign in 1972 and for me, there’s something special about supporting Michelle in her first campaign.

We knew this was coming ever since David Perdue f***ked a bartender on the cruise last June.

• Both candidates are bringing in the big guns (or dogs, as the case may be) as Election Day approaches—Mitt Romney for Perdue and Bill Clinton for Nunn.

• They also had their final debate Sunday morning on WSB-TV. I could link to an article, but for maximum snark, read AJC reporter Aaron Gould Sheinin’s Twitter feed. Or go find the video and drink every time someone mentions a “rubber stamp.”

• File under: “Perfect timing.” Gov. Nathan Deal announced this morning that IT company Unisys is opening a service center in Augusta that will employ up to 700 people, and a mobile home manufacturer is bringing 200 jobs to Coffee County. In addition, something called Site Selection Magazine has named Georgia the No. 1 place to do business for the second year in a row—a ranking that is questionable at best.

• Deal’s Democratic opponent, Jason Carter, was campaigning in Jacksonville on Saturday, so now conservative Dawgs fans can blame their loss on the liberals.

• Tenth Congressional District Republican the Right Rev. Jody Hice continues to make the case for being Paul Broun on steroids. He says that the U.S. government should adhere to biblical law and that pedophilia at Penn State was the result of Bibles being taken out of schools.

Jody Hice has successfully consolidated Republican voters after a bruising primary. Self-described Republicans are supporting him by a 93–3% margin, which is actually remarkably a high percentage (sic). The only way a Democrat would have been able to win an election in the Tenth would have been to win a significant number of Republican votes. That just hasn’t happened here.

The poll’s margin of error is 4.4 percent, so the best-case scenario for Dious is that he’ll lose by “only” 20 points.

Broun, meanwhile, will serve out his last weeks in Congress under the cloud of an ethics investigation. He paid a consultant $43,000 in taxpayer money to prepare him for debates during his failed Senate run.

Athens Power Rankings for the Week of Nov. 3