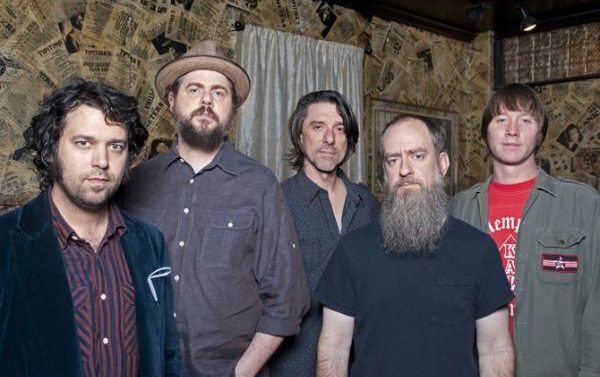 Just kidding—nobody’s sealed the deal yet. But introducing the Drive-By Truckers—whom Carter befriended while attending UGA law school—at a sold-out Tabernacle show certainly doesn’t hurt the Democratic gubernatorial nominee’s chances. This is just a guess, but I doubt Gov. Nathan Deal has Southern Rock Opera on his iPod.

Post-show w next Gov. of Georgia Jason Carter. What a really cool and smart guy. He’s pulling out of here to WIN! (Photo by Jenn Bryant).

Deal, meanwhile, quietly slipped into town on Thursday to attend a county commissioners’ convention at the Georgia center. That was the same day Todd Gurley was suspended. Coincidence?

@BlakeAued @LordTinsdale This never would have happened under a Gov. Carter.

We’re all singing from the same hymnbook when it comes to Gurley. From Flagpole intern Stephanie Talmadge:

This is too good to pass up: Deal told the Marietta Daily Journal that water kills Ebola. Which is kind of true, in a petri dish, but makes the virus sound like an alien from the movie Signs.

In other election news, a new poll from Landmark Communications has Deal and Carter tied with 45 percent each and Senate candidates David Perdue and Michelle Nunn tied with 46 percent each. A few thoughts:

• Landmark is one of the few polling firms that, in my opinion, is accurately predicting female and African American turnout (others are underestimating it).

• There’s a huge gender gap—women are voting for Democrats by double-digit margins, and it’s the opposite for men.

• Undecided voters are making up their minds, and they’re breaking for Republicans.

• We’re almost certain to have runoffs, where Republicans historically are much better at bringing their supporters back to the polls.