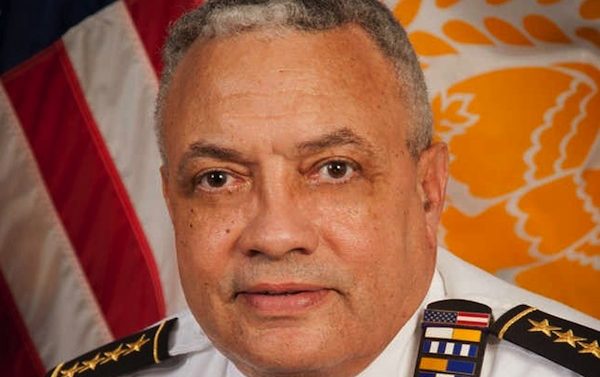 But Lumpkin’s career may not be over. He’s one of the three finalists for the open police chief’s position in Savannah, the Morning News reported.

Lumpkin explained his decision as a financial one: He has two grandchildren and wants to be able to send them to college. By retiring in Athens, he can draw his pension as well as a salary from another community.

Lumpkin told Flagpole that, even if he doesn’t get the Savannah job, he intends to work another five years, either in Georgia or on the federal level.

His full statement to the police department is below:

As many of you know, I have served in the police departments of this community for 40-plus years. I actually qualified for full retirement without penalty seven years and seven months ago, but decided to remain in the ACCPD. During the last seven years I have essentially forfeited a significant amount of retirement benefits, but it has been a high honor to have had the privilege of working with each of you to make ACC a safer community. I owe you a tremendous debt of gratitude for that privilege.

Presently, I have a grandson that will be entering college next year and a granddaughter that is in middle school. If they stay within the State of Georgia for their undergraduate degrees, I fully expect each to receive scholarships, including the HOPE. However, if they decide to attend undergraduate school outside of Georgia, I want to be able to provide financial support to them that supplements their opportunities.

Thus, I have shared with Manager Reddish that I will retire from the Athens-Clarke County Police Department prior to January 18, 2015. Also, you know that I have continued to devote myself to the leadership and management responsibilities associated with serving in this most prestigious community leadership position.  I believe we in the ACCPD have an excellent police department composed of some of the finest men and women serving in police services within the world!  Our sworn and civilian men and women daily prove they put service before self in service delivery for our citizens and visitors of Athens-Clarke County. I promise you individually and collectively I will continue to devote myself to my duties and responsibilities as your police chief through the day that I separate from the ACCPD.

For your information, I have included a release that Manager Reddish made to Mayor and Commission this morning:

“I expect that sometime today the City of Savannah will announce its three finalists for the Savannah Chief of Police vacancy and that Jack Lumpkin will be one those. Jack’s interest in this opportunity is focused on at least two things. First, it is an opportunity for him to apply his professional management skills in a larger police department within a community he believes he can make a positive difference. Secondly, he qualified for full retirement benefits from ACCUG a few years ago. By taking a position in a different organization he could receive his retirement benefits while also being compensated for a full time job. Jack wants to acquire additional financial resources in order to help support his grandchildren’s future education and other needs. It is difficult to know how to respond to this information. I have said to many of our Department Directors, ‘I want you do your job well enough that someone else wants you; but I also hope that when that offer comes you will decide to stay.’ That is a statement that is certainly true for Jack. As you know, if the offer is made and he decides to accept, our community will lose more than an outstanding law enforcement officer; it will also lose an important community leader that has worked hard to make Athens a better place to live because he truly cares. I wish Jack the best regardless of how this issue is concluded.”