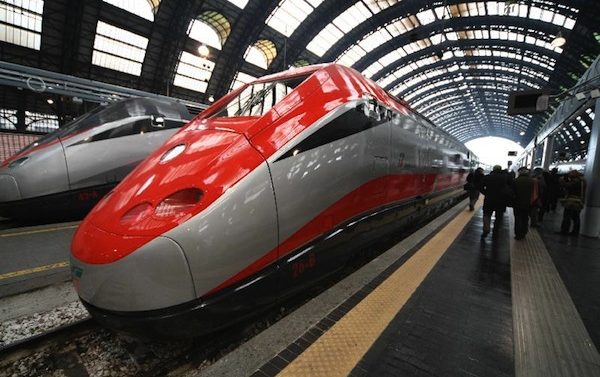 Columbus Mayor Teresa Tomlinson and state Rep. Calvin Smyre (D-Columbus) went to Washington yesterday to pitch a $3.9 billion high-speed rail project that would whittle the trip to Atlanta down to an hour, according to the AJC.

They met with Transportation Secretary Anthony Foxx and [a] top staffer for Vice President Joe Biden, a noted rail aficionado.

“This is a very doable project,” Tomlinson said. “It’s smaller than most of the ones that we’re looking at [around the country]. Cost-wise, comparably speaking, it’s bite-sized, something that can be an early success.”

She added that private money would have to be leveraged along with taxpayer dollars to make it work.

Athenians, of course, have been lobbying for passenger rail to Atlanta for more than 20 years, but it’s been blocked by the Lovejoy line that the feds have funded but the state refuses to match. Similarly, there’s a possibility that high-speed rail between Atlanta and Charlotte could pass through Athens one day. But what if this Columbus project leapfrogs us again?

Paging Mayor Nancy Denson: Voters elected you in part because you told us how connected you are. Maybe it’s time to get on a plane.