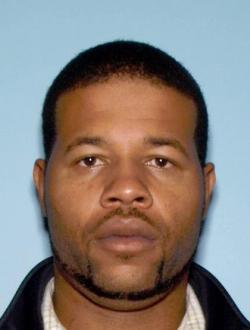 Athens-Clarke County police have identified a suspect in the May 10 shooting at the nightclub Bootlegger’s that left one man dead and another seriously injuried.

Police and the Georgia Bureau of Investigation are looking for Corey Antwan Blount, 33, of Atlanta. He’s described as 5 feet 11 inches tall, 210 pounds, with a tattoo on his left forearm.

Police say Blount shot and killed Derrick Merritt of Athens and shot and injured another man in the Bootlegger’s parking lot after the club closed. “Information obtained clearly indicates that the victims in this senseless act of violence were innocent bystanders and played no role in triggering the assault,” police said.

Police asked anyone with information concerning the shooting or the whereabouts of Blount to contact the ACC Police Department’s Crime Stoppers Tip Line at (706)613-3342. Crime Stoppers is offering a reward of up to $1,000 for information leading to an arrest and conviction in this case.