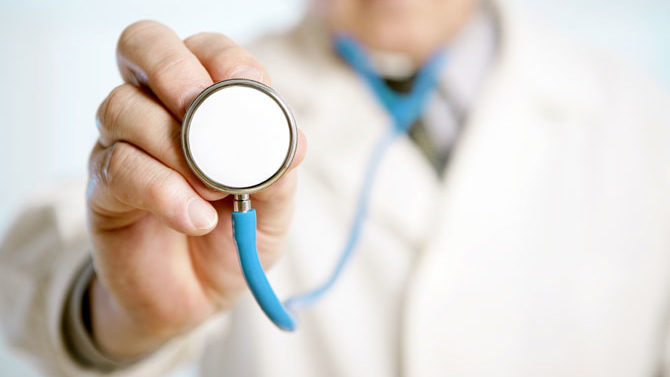 The Obummercare Stethoscope of Death.

The state House of Representatives moved Monday night to outlaw University of Georgia and other state employees from implementing or even talking about the ACA by passing House Bill 707.

“This bill would prevent state agencies, local governments or even their employees from advocating on behalf of Medicaid expansion,” said Tim Sweeney, director of health care policy at the Georgia Budget and Policy Institute.

“Among other consequences, it would effectively shut down the University of Georgia’s federally-funded Health Care Marketplace navigator program that helps insurance shoppers understand complex plan options,” Sweeney said. “This amounts to cutting off our nose to spite our face.”

Here’s what UGA President Jere Morehead had to say last month about the political pressure on the navigator program:

Tea Party activists have protested University of Georgia health care navigators, and state lawmakers are considering putting them out of work, but UGA President Jere Morehead defends the navigator program as one that’s in line with the university’s mission.

Navigators are funded by a $1.7 million federal grant, and UGA goes after federal grants all the time, Morehead said during a news conference Wednesday.

Their job is to explain the Affordable Care Act to people who are interested in signing up for insurance through the federal exchange—similar to the way the cooperative extension explains legislation like the farm bill as part of UGA’s status as a land-grant institution, Morehead said.

“We’re not advocating for the law or advocating against the law,” he said.

Sorry for any panic Morehead and I may have caused the extension service by mentioning it in the same paragraph as the ACA. For the record, extension agents are not a socialist death panel for cows.

Because it’s such an egregiously bad piece of legislation, HB 707, sponsored by tea party back-bencher Rep. Jason Spencer (R-Woodbine), surprised many political observers when Speaker David Ralston called it up for a vote, reportedly as a favor to Rep. Ed Lindsey (R-Atlanta), who is running for Congress in a deep-red district and needs to be seen as tough on Obamacare.

The 115–59 vote came on Crossover Day—the last day for a bill to pass one chamber in time to be considered in the other—and it now goes to the state Senate.

Even if it passes, the bill is likely to be ruled unconstitutional because, I don’t know if you guys remember, but we fought a whole war one time over whether states can nullify federal law, and the South lost.

“Aside from the fact that this legislation is part of a national liberty movement nullification of federal laws website, http://tenthamendmentcenter.com, it really just is another vitriolic attempt to keep Georgians from access to health care,” Frye said.

Chillin’ the Most with Packway Handle Band: Day One