Moral Mondays Are Coming to Georgia 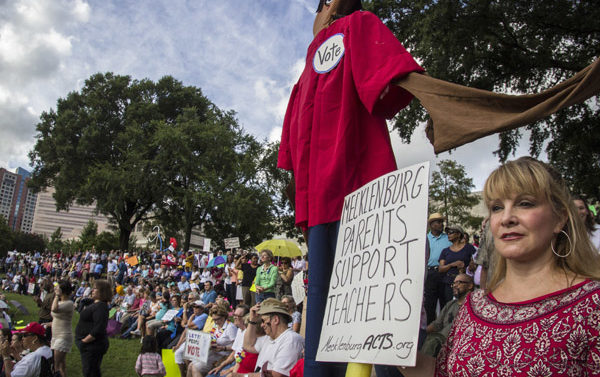 A Moral Monday rally in Charlotte, NC. Photo by Grant Baldwin via Flickr.

The Georgia NAACP is organizing its first Moral Monday rally at 4 p.m. today outside the state capitol to urge Gov. Nathan Deal to accept federal funding to expand Medicaid. Rallies on subsequent Mondays will focus on other issues.

The NAACP describes Moral Monday Georgia as “a multiracial, multi-issue coalition of citizens working for positive change for the public good.”

Athens Power Rankings for the Week of Jan. 13