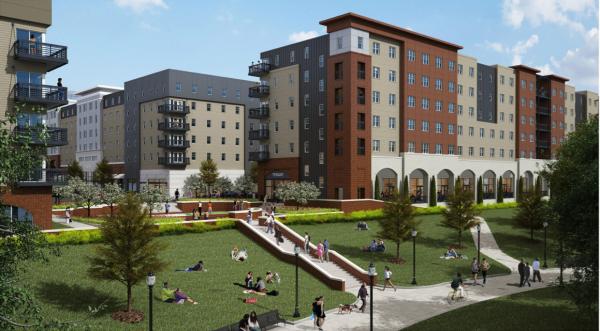 All that for nothing.

The project’s demise has been rumored for more than a month. In response to questions from Flagpole about a new tip that it had stalled, spokesman Brian Brodrick of Jackson Spalding sent the following statement:

ATHENS, Ga., Oct. 29, 2013 – After several months of analyzing the marketplace and attempting to secure financing for the Foundry at Broad Project, Selig Enterprises announced today that it will no longer pursue the development.

“Over the past two years, we’ve invested a lot of time, energy, and financial resources trying to bring the Foundry at Broad project to fruition,” said Jo Ann Chitty, Selig’s senior vice president.

The dynamics of the marketplace changed significantly over the last six months, Chitty said. Rising construction costs, including materials, labor, and site development costs ultimately made the project economically unfeasible.

“It’s bitterly disappointing,” Chitty said. “It has been a dream of ours to build a project in Athens that the community could be proud of.”

“Our entire team was impressed by the professionalism and responsiveness of the Athens-Clarke County staff as we moved through the entitlement process and we hope to take another look at Athens should the right opportunity arise,” Chitty added.

The development was set to encompass the former Armstrong & Dobbs property and several other parcels between Oconee Street and East Broad Street on the Eastern edge of downtown Athens.