Milledge Avenue Is Getting a Tall Motel 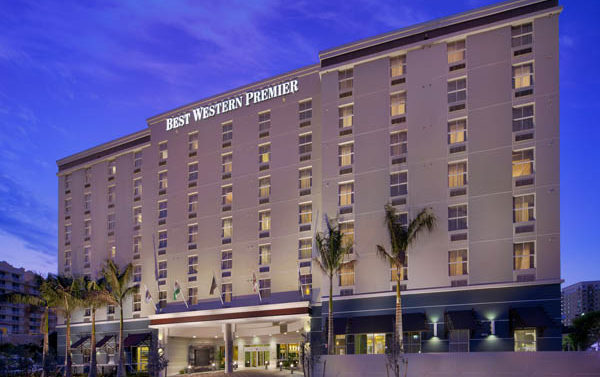 A seven-story Best Western in Miami.

Best Western recently filed plans for a seven-story tower at its motel at the corner of West Broad Street and North Milledge Avenue.

The tower will replace an existing pool and office building at the motel, and some rooms will be torn down to make way for more parking, Athens-Clarke County planner Gavin Hassemer said. However, most of the existing two-story guest buildings will remain, and the total of number of rooms should stay around 105, he said.

Hassemer said he doesn’t think Best Western will need a rezoning or variance for the tower. ACC law limits building heights in that area to 65 feet. On hilly topography like the Best Western site, that’s the average of the tall side and the short side. In this case, the motel chain can build something that’s six stories on one side and seven on the other, he said.