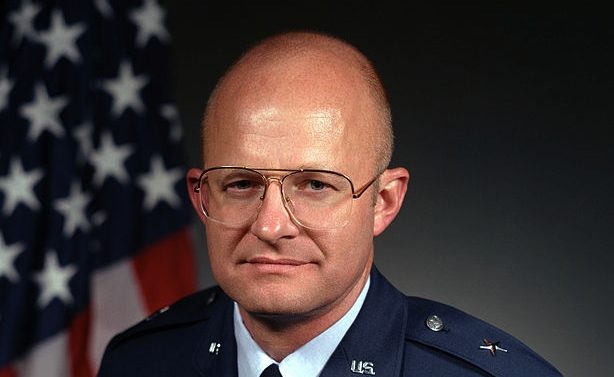 Look at the big brain on James.

James Clapper, President Barack Obama’s top advisor on national security and known liar, is coming to the University of Georgia to speak.

Clapper, the director of national intelligence since 2010, became embroiled in the NSA/Edward Snowden scandal earlier this year. He’s speaking at 11:15 a.m. Wednesday, Oct. 16 at the UGA Chapel

“His visit provides an exceptional opportunity for our students and faculty to reflect on and discuss issues related to national security,” interim Provost Libby Morris said.

Clapper has been accused of perjury by both conservatives and liberals for telling senators in March that the National Security Agency does not “wittingly” collect data on Americans. He later admitted that the NSA does collect “metadata” (such as the date and time of calls and the phone numbers involved, though not names or addresses) on millions of Americans’ calls.

Libertarians and Occupy Athens are organizing a protest, proving once again that any daylight between the far right and the far left is vanishing.

The speech is free but is only open to UGA students, faculty and staff, and a ticket is required. The lecture will also be broadcast live on channel 15 on the UGA and Charter cable systems and streamed on the UGA website.

Photos: Washed Out at Georgia Theatre