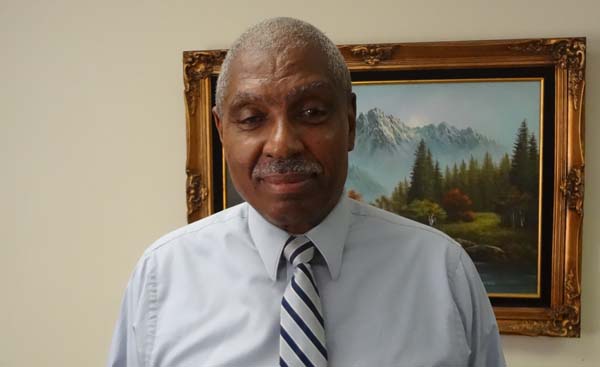 Athens lawyer Ken Dious is running for the 10th Congressional District seat Paul Broun is leaving to run for Senate, he recently announced.

“I’m at the point where I think I have the time,” Dious said in an interview at his office today. “I’ve always wanted to run for Congress.”

If you recognize that name, it’s probably because Dious was in the news not long ago for trying to foist a gas station onto the Colima Avenue neighborhood and collaboration with Republican Doug McKillip to redraw Athens-Clarke Commission district lines. He’s a University of Georgia graduate and a longtime civil rights lawyer.

Now, he’s (so far, at least) the lone Democrat in a field that already includes six Republican candidates. He is rolling out his campaign quietly for now, talking to Democratic organizers across the district and raising money from friends and family, he said.

The district, which runs from Augusta to Gwinnett County and Athens to Milledgeville, is heavily Republican, with the Cook Political Report projecting that a generic GOP candidate will win 61 percent of the vote.

“I understand there are a lot of strong Republicans, but I think a Democrat can win it” by talking about creating jobs, Dious said.

He shared some of his views on major issues:

• The economy: Manufacturing jobs should be brought back from overseas, and banks should be reigned in. “As an attorney who’s bee involved in foreclosures, we have to regulate our financial industry. Otherwise, the wealth is just going to take over everything, and that puts American democracy in question.”

• Taxes: He would consider raising taxes on the rich but also believes the military and social services will have to be gradually cut over a 15-year period in order to balance the budget. “You can’t all of a sudden cut everything,” he said. “That will cause a recession.” But Social Security and Medicare should not be touched.

• Syria: He is opposed to military intervention there or in any nation’s civil war. “The American people are war-weary. I am war-weary. I am tired of watching the body count come back.”

• Immigration: He supports comprehensive reform that gives undocumented immigrants who work and pay taxes a path to citizenship.

• The Affordable Care Act: Unlike House Republicans, he opposes repealing it. “I think we should give it a chance and see what happens.”