Athens Has a New Fire Chief 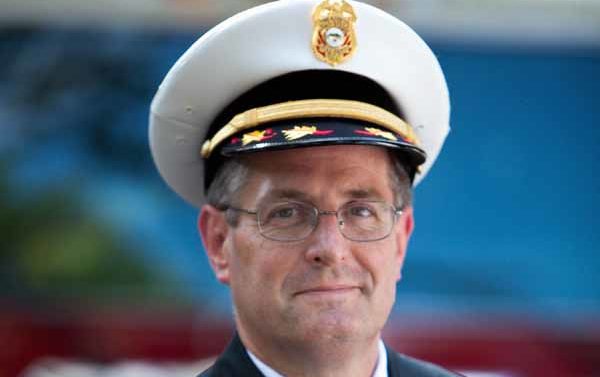 Athens-Clarke County Manager Alan Reddish has appointed Jeff Scarbrough as the new Chief for the Athens-Clarke County Fire and Emergency Services Department. Chief Scarbrough currently serves as the Deputy Chief in Sandy Springs, Georgia, where he has played an important role since 2006 in establishing the new Fire Department for the city soon after its incorporation in 2005.

“Chief Scarbrough brings a wealth of experience to his new position that will serve our department well,” said Reddish. “I look forward to him joining our management team.”

Prior to his position with Sandy Springs, Chief Scarbrough served with the Clayton County Fire Department for 26 years, rising to the position of Deputy Chief for Fire Prevention. During his career serving these two departments, he has demonstrated success in all facets for fire service including suppression, fire prevention, operations, support services, and public information.

Chief Scarbrough has completed the Executive Fire Officer Program sponsored by the National Fire Academy and is working towards completing his degree in Emergency Management/Fire Sciences. He will assume his new role with Athens-Clarke County on September 30 and will be presented to the community at the October 1 Regular Voting Session of the Mayor and Commission in City Hall at 7:00 p.m.

Six Things to Do This Weekend