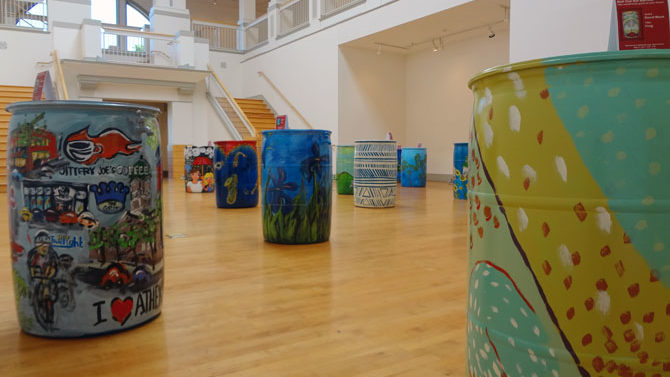 The Athens-Clarke County Library and staff-guided tours at the Lyndon House Arts Center are safe for another year.

ACC commissioners decided Tuesday night to restore $8,200 for the tours that Mayor Nancy Denson had cut from her $106 million budget for fiscal 2014. But the commission will consider using volunteer docents next year.

They also tentatively approved an extra $32,500 for the library after Commissioner Jerry NeSmith said they might be forced to close early on Thursdays because they can’t pay utility bills for their new, larger space.

Manager Alan Reddish noted that the library could cut something besides utilities and stay open, but commissioners approved the request anyway.

“Libraries are no longer a luxury,” NeSmith said. “They’re not where kids go to study. They’re where people go to look for jobs and have access to computers.”

Commissioners also opted to fund a $55,000 911 dispatcher at Police Chief Jack Lumpkin’s request and $150,000 to boost pensions for ACC employees with 32 years of service.

A couple of interesting ideas to raise (or at least redistribute) money were turned down:

Commissioner Allison Wright, backed up by Commissioner Jared Bailey, proposed moving $286,000 in taxes on motel and hotel rooms from the Classic Center to the newly-created Economic Development Department, which replaced the Economic Development Foundation. The independent EDF received $150,000 in hotel/motel taxes, whereas the department will be funded with $500,000 from the general fund (mainly property taxes). Wright said the move would free up general-fund money so the commission didn’t have to dip into its fund balance.

“We’re giving (the Classic Center and Convention and Visitors Bureau) six out of every seven pennies,” Bailey said. “I think it’s time we use some of that in other areas that impact the economy.”

Other commissioners said the Classic Center deserves the money because it produces much of the hotel/motel tax revenue by drawing conventions.

“We wouldn’t have this much hotel/motel tax to be discussing if it weren’t for the Classic Center,” Commissioner Mike Hamby said.

“There are so many other things that bring people to town, that put them in hotels,” Bailey said.

Commissioner Doug Lowry suggested going after hotel/motel taxes from the tax-exempt Georgia Center, but that would require University of Georgia and state approval.

“The point is, it’s pretty good compost, apparently,” Lowry said. “People like it, and they use it all the time.”

That idea will have to wait, though. Reddish said it requires an analysis that can’t be done until September.

NeSmith also raised safety concerns. “I would never use it on my property, ever,” he said.

“When is the tennis center going to break even?” NeSmith said. “Are we going to have to do this every year?”

“We’ve been telling you all along, we’re not going to operate the tennis center without expenses being incurred,” Reddish said.

Those expenses might one day be covered by private tournaments, but since it’s not open yet, he said he can’t budget for tournaments without knowing how many are coming.

The commission will meet again at 7 p.m. May 23 at City Hall to discuss the budget and vote on it June 4.

Drinking From the Firehose