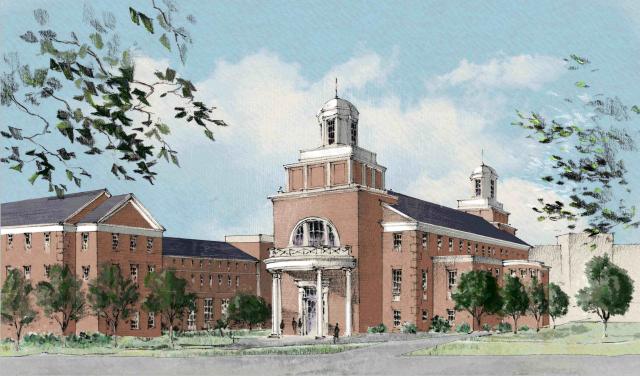 An enormous UGA construction project will kick off Friday, when officials break ground on the first phase of a new Terry College of Business complex at the corner of Baxter and Lumpkin streets. Here’s a press release with the info:

The University of Georgia will hold a groundbreaking ceremony for its new Business Learning Community, the future home of the Terry College of Business, April 26 at 1:30 p.m. on the lawn of the Richard B. Russell Building Special Collections Libraries.

The event is free and open to the public. It coincides with the launch of the Building Terry Campaign, which seeks to raise $90 million in private funding to benefit Terry College facilities, faculty and academic programs.

The 305,000-square-foot Business Learning Community, designed by Robert A.M. Stern Architects, will be located at the corner of Baxter and Lumpkin streets. Construction will be in three phases, with the first phase beginning later this year.

The $35 million Correll Hall was funded entirely with private donations.