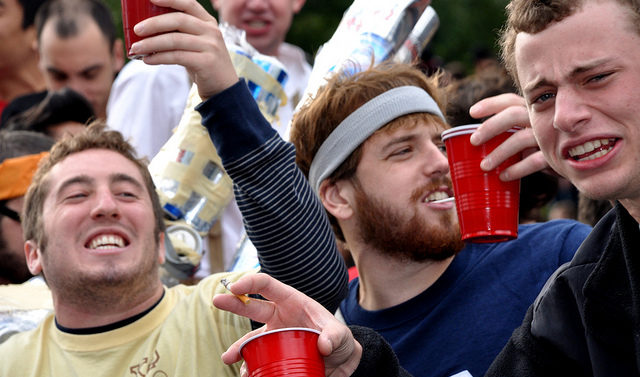 The law was originally considered and set aside after Occupy Athens demonstrations outside City Hall last year and popped up on the agenda again last month. ACC police are seeking ways to keep homeless people from sleeping under bridges in the wake of a February fire on North Avenue that nearly ruptured a gas line.

Officials discussed the homeless population downtown Tuesday evening as they wrangled with whether more laws are needed to keep it in check.

Most homeless people who hang out downtown don’t bother anyone. The vast majority of complaints are about three to five individuals who have mental health problems and are aggressive panhandlers, Police Chief Jack Lumpkin said. A law banning aggressive panhandling is already in place but is difficult to prosecute.

Interesting tidbit: Some downtown panhandlers have as much as $500 or $600 on them, according to Lumpkin.

“It’s a business,” he said. “It’s not just people trying to find a means to live.”

“The behavior is very similar,” Lumpkin said. “It is not described by the citizen as being the same.”

During the discussion, a handful of Occupiers in the room held up signs opposing the ordinance.

After some testy back-and-forth between commissioners Doug Lowry (who supports the Occupy ordinance) and George Maxwell (who has concerns), the committee asked staff to draft language setting hours of operation for public property, including rights-of-way and the City Hall campus in addition to parks, which are already closed at sunset.

“Do you want somebody to have, let’s say, a midnight picnic” outside the Planning Department building on Dougherty Street, Girtz said. “Good bottle of wine, some hummus.”

The law would be based on one in Atlanta that’s been tested in court, ACC Attorney Bill Berryman said.

The LRC will discuss the proposal again in May.