Lessons for Rural Georgia From the Gubernatorial Election 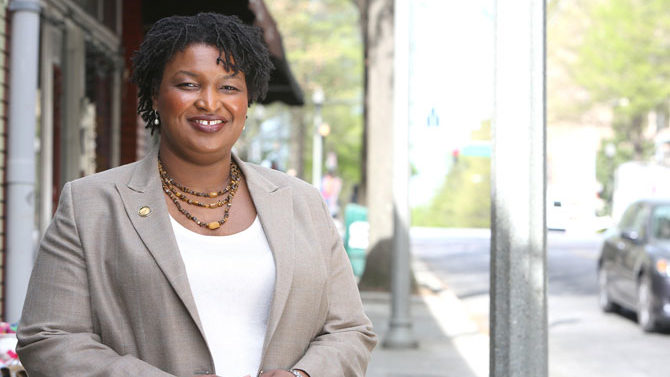 Last Tuesday’s gubernatorial election showed us at least a couple of things, neither of which was particularly surprising (especially to readers of my blog, Trouble in God’s Country).

The first is that there is no apparent reason for Democratic candidates to venture into rural Georgia again. To her credit, Stacey Abrams, the party’s gubernatorial nominee for the second time, made a game effort in rural Georgia, including sparsely populated counties south of Macon. She launched her campaign in, for God’s sake, Cuthbert, and hammered incessantly on the role Medicaid Expansion could play in improving the health of rural Georgians and revitalizing local economies. Her campaign website included a thoughtful section devoted to “Rural Revitalization.” (Governor Kemp’s campaign website was, shall we say, sketchier on rural issues.)

Abrams’ reward for her efforts was that she actually did worse this year in literally every single small rural county than she did four years ago. In the 110 Georgia counties with fewer than 15,000 registered voters, incumbent Republican Brian Kemp’s advantage rose by a combined total of 3.4 points. In 2018, he carried those counties 71.5%–27.8% over Abrams; this year, his margin was 74.9%–24.4%. (If there is a silver lining for Democrats in these numbers, it’s that the total number of votes cast in small rural counties south of the gnat line actually shrunk; it dropped from just under 474,000 in 2018 to just under 460,000 this year.)

There’s also a second lesson from Tuesday’s gubernatorial results, but there are a couple of different ways to read the data.

One way to read the data is that most rural Georgians are apparently perfectly happy being dirt-poor, largely uneducated, and likely candidates for early death.

Take, for example, Brantley County. Brantley County is home to just under 15,000 people in deep southeast Georgia. It is perhaps the most Republican county in the entire state. It delivered 92.4% of its vote to Kemp. That’s a bit of an increase over the vote share it’s given to Republicans in recent presidential and gubernatorial elections, so one might fairly conclude that Brantley Countians are thrilled with the service they’re getting from the Gold Dome.

Which, I’ll have to admit, makes it a little difficult to explain the county’s economic, educational and population health metrics. Brantley County is, for instance, one of nearly 40 Georgia counties that rank in the bottom national quartile for four important gauges of economic performance—per capita income, gross domestic product per capita, poverty, and median household incomes.

More specifically, out of 3,142 counties in the United States, Brantley County ranks 3,097th for GDP per capita; 3,088th for PCI; 2,971st for Median Household Income, and 2,519th for poverty. This is based on the latest data available from various federal agencies, including the U.S. Census Bureau’s American Community Survey (ACS), the U.S. Bureau of Economic Analysis (BEA), the Economic Research Service of the U.S. Department of Agriculture.

Brantley County also ranks in the bottom national quartile for educational attainment; based on an analysis I published using ACS data, it ranks 3,017th nationally and 138th in the state.

Its population health numbers are no better. According to the latest data from County Health Rankings & Roadmaps, Brantley County ranks 130th out of Georgia’s 159 counties for health outcomes. Nationally, its premature death rate—a third-world 12,170—ranks 2,546th out of 2,865 counties for which premature death data was available. That puts it in the bottom national quartile for that important metric as well.

I said above there are two ways to interpret this particular chunk of data. The second way is that rural Georgians are content to continue sucking on Metro Atlanta’s teat.

That is, I know, crude and uncharitable.

But I submit that it fairly frames the mounting political tension inherent in the state’s widening urban-rural divide. As rural Georgia’s population declines and its economy shrinks, its social service needs increase—and that growing burden is inevitably imposed on Metro Atlanta.

I’ve written about this in a couple of pieces, including this one, but I’ve had to rely on federal data. It was once possible to do this kind of analysis using state data, but not long after I started my TIGC research and began referencing that data, the Georgia Department of Revenue simply stopped reporting county-level state income tax data. I’m sure that was just a coincidence.

Pretty much from the dawn of time, rural Georgia’s politicians—a wily bunch if ever there was one—have outnumbered and dominated their city cousins. For now and probably through the end of this decade, that’s unlikely to change.

Governor Kemp and his GOP allies in the General Assembly—nearly all of whom are from rural districts—still hold the whip hand over Democratic lawmakers—all but a few of whom represent Metro Atlanta.

As Metro Atlanta’s population and economic muscle continue to grow, it will almost certainly grow more and more difficult for ruling Republicans to exact the taxes needed from Metro Atlanta to support the schools, roads and social services in Brantley County and other impoverished rural counties.

I won’t try to predict exactly how or when Georgia will hit an inflection point over these political and economic tensions, but it’s on the horizon. Brian Kemp’s legacy may well depend on whether he manages to somehow bridge the divide between urban and rural Georgia— leaves office four years from now with the state’s political regions poised for what would amount to a destructive internecine war.