Former School Board President: Means Never Had a Chance 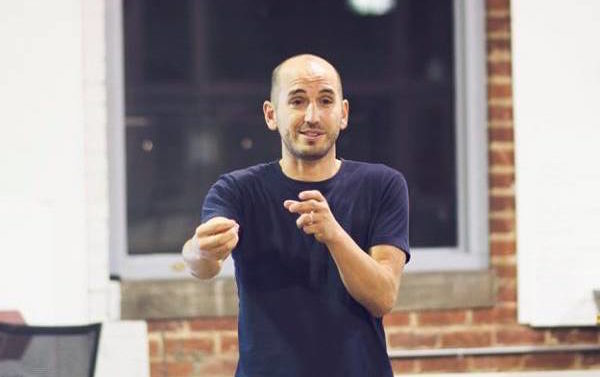 The Clarke County School District has been headed to this place for a long time. I was part of the CCSD Board of Education when we hired Demond Means, and president of the school board during the majority of Means’ tenure as superintendent, making me the primary point of interaction between him and the rest of the board. As such, my opinions come from that particular educated and biased vantage point.

I do not believe Means ever got a fair shake in Athens. He never really had the space to simply do his job and be evaluated on his performance. Means is far from perfect. I did not like how he handled many issues—especially what came across as unnecessary blaming of teachers, his insistence on making West Broad redevelopment a zero-sum issue, and sometimes ratcheting up conflict rather than finding ways to smooth it down. I discussed each of these with him. But if the BOE hired him to do the job of superintendent, then he should have been given the resources, political space, and time to do that job.

It can take years to properly evaluate a superintendent’s performance, but grumblings about Means started coming from certain corners of the community within weeks of his arrival in Athens, and only grew in variety and volume since then. Many of the criticisms have been so flimsy, conspiratorial and emotional that they gave me real pause as to the underlying motives.

During my short tenure on the BOE, the concerns expressed from the community have varied in the particulars, but to me do not make sense unless viewed together: accusations that he forced out principal Adam Kurtz from Chase Street Elementary School; that he actually didn’t finish his PhD; that he was intimidating board members; that he sold out CCSD to AVID for a few thousand dollars; that he was in bed with Koch brothers; that he was aiding and abetting a corporate takeover of the district; that he was more interested in central office bloat than supporting teachers; that he plagiarized so egregiously that it merited an ethics complaint. All these seem to me to have as much to do with issues of race and power as with the substance of the accusation.

The total obsession by some with finding Means’ dissertation and the certainty that he had an unethical conflict of interest with AVID were particularly hard to take at face value. Beyond the public discussions, respected community leaders privately wondered aloud to me whether he created shell companies to siphon money from CCSD. Respected public school advocates have yelled at me on the phone about why I was not stopping his “takeover of our district.” Parents spread rumors that he intended to take Spectrum away from their kids. Countless folks have grumbled an unspecific distrust of Means’ motives and character. Taking each accusation in this torrent seriously would require Dr. Means to be an evil mastermind. Much like the trope of the shrill female politician, the caricature of the “untrustworthy” or “corrupt” black leader should be believed with caution.

Many have rightfully bristled at the notion that race and power might undergird many of the criticisms leveled at Means. “It cannot be that everyone who criticises a black man is a racist,” they will retort, and I think that is fair. Again, there are many legitimate concerns about Means’ style and substance. But the legitimate and blatantly illegitimate criticisms have become so irredeemably muddled it should give any thoughtful critic pause. The existence of legitimate critiques does not legitimize the motives of every critic. A hypochondriac that also happens to be sick is no less a hypochondriac.

The BOE should have worked individually and as a group to both listen to the public and still create space for our superintendent to work long enough so that he could be evaluated on that work. We did not. And if board members shared some of the concerns, we should have been level-headed enough to discuss them privately with our employee, memorialize them in a rigorous performance evaluation, and then continue to help create space so our superintendent could execute our strategic plan. We did not. Means and the board developed a strategic plan with very measurable and specific goals, and Means gave the board the tools, metrics and data to hold him accountable in ways that previous boards were never able to hold previous superintendents accountable.  But instead, certain board members publicly and privately amplified the swirl of legitimate and illegitimate criticisms of Means, ruining any chance the board had at thoughtfully and carefully evaluating their employee and holding him accountable for his performance.

Means did not bring racial discord to Athens or CCSD. Race was an overt part of our discussions around term limits on the BOE president, the Cedar Shoals disaster and its aftermath, and the unspoken tolerance for the failure to educate black and brown kids. I was told the disgusting quip that CCSD graduates were destined for “Yale or jail” when we moved to town seven years ago. It doesn’t take a historian or a radical to connect the dots back to Jim Crow, segregation, and the long shadow of slaverys. The board’s desire to address the pernicious educational inequities in CCSD and Means views on those issues was a major reason why we hired him as superintendent. He poked his finger in the sore part of Athens.  Perhaps some folks didn’t like the fact that he poked, others didn’t like the way he poked, others didn’t like his prescription for dealing with the sore. But he didn’t create the sore, and it is not going away with him leaving.

The board of education is like a bus with nine steering wheels—any single board member determined enough to drive the board into a ditch can do it. In my opinion, a few board members rely too much on their gut instincts on when and how to get involved with an issue they are concerned about, and lack curiosity about the effective ways for board members to intervene. The rules and process for board members are boring and sometimes not intuitive, but they can be powerful and are the only way for a board member to effect lasting change. Even if the issue is an important one, a board member who works outside the prescribed processes creates distrust and instability on the board and within CCSD.

Despite disagreements, I am full of respect for the service of each of my colleagues. Service on the BOE is a horrible job. I’ve done plenty of work in public service, but I’ve never encountered a position that took so  much time, was as emotionally exhausting, and yielded so much skepticism and distrust from practically all sides of the community. LaKeisha Gantt has the most difficult of nine difficult jobs, but she is the right person for it, and Athens is lucky to have her. I hope the vocal public can muster additional empathy for those that are willing to serve on the board so that good, level-headed and thoughtful people continue to be willing to do it.

All the adults involved in CCSD—the board, the superintendent, teachers, the Facebook posters, news reporters, parents, general public—should not be judged on whether the elements of plagiarism were met, or whether folks are justified in their accusations of Means, or our individual virtue as we went about our advocacy for kids. Rather, we should be judged on whether we deliberately worked to change CCSD from a system that educates some children well to one where all students have a fair shot at a quality education. If that challenge were easy or obvious, it would have been done already. It will take some thoughtful experimenting to find what works for CCSD. Assuming Means does leave, I hope that the next superintendent can articulate a plan for guiding CCSD to that place and they are deliberately supported by a level-headed board of education and a public that does not take its eyes off the prize.

CCSD’s Spending on Contractors and Consultants