UGA Must Do More to Prevent Sexual Assault 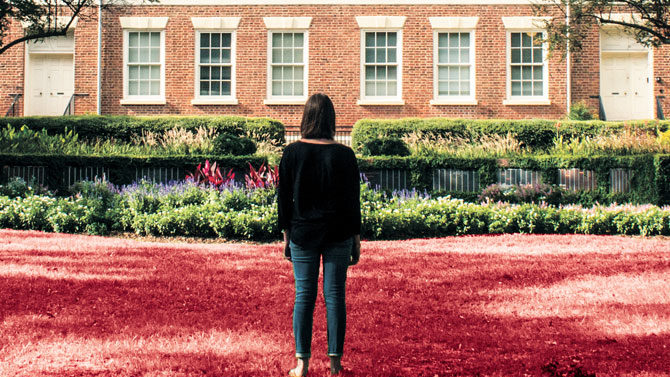 Speaking as a recent transfer student who was sexually assaulted last semester, I wasn’t aware of the University of Georgia’s rampant rape culture—which is especially prevalent during the Red Zone.

The Red Zone is the period of time between the first day of classes and Thanksgiving, when the most reported sexual assaults occur. According to the Rape, Abuse & Incest National Network, more than 50% of college sexual assaults occur in August, September, October or November.

Kat Barker, president of Unite for Reproductive and Gender Equity (URGE), said the Red Zone “is a term that was coined by UGA officials,” and “no action has been taken to decrease the amount of sexual assaults.” Indeed, the UGA admininistration and police are fully aware of the issue, but they attribute UGA rape culture to Athens’ inevitable partying and drinking scene.

Compared to other large universities, UGA has a low rate of reported sexual assaults. However, the institution discourages students from reporting. In 2014, the number of cases dropped from 72 to 11 after UGA police removed third-party reports. UGA President Jere Morehead said, “Those reports, I think, are good news in that our students are reporting and allowing the university to deal with those incidents,” but the university enforces institutional betrayal that spites rape survivors.

When students survive sexual assault, they can report it to UGA’s Equal Opportunity Office, which operates under the University System of Georgia Board of Regents Policy Manual and its sexual misconduct policy, which affects all of USG’s 26 public institutions. In Section 6.7.1 of the sexual misconduct policy, USG uses the term “nonconsenual sexual contact” instead of rape or sexual assault, defining it as “any physical contact with another person of a sexual nature without the person’s consent.”

Excluding formal proceedings, the sexual misconduct policy provides students with two more problematic options in detail: Either report it to law enforcement, or resolve the issue informally. Students may not have sufficient evidence, the financial means or be comfortable enough to go to criminal court, and if the matter is resolved informally, the student cannot appeal the resolution. USG also provides five links to the general student misconduct section, Policy 4.6.5, which warns against false complaints/statements and says that confidentiality is not guaranteed.

“We encourage each person impacted by sexual violence to come forward and receieve information about the process without committing to making a formal report to the Equal Opportunity Office or to the police,” said EOO director Eryn Dawkins.

The EOO is more concerned with educating survivors on the process than with disciplinary action, as seen in their Student Bill of Rights. They do not encourage survivors to press charges against their rapists. Instead, they emphasize hearing out survivors. Informal reports to EOO are not included in UGA police’s data collection.

The Atlanta Journal-Constitution reviewed several USG sexual assault cases and found “in the vast majority of cases… the victim either didn’t come forward to authorities or chose not to pursue charges. In the cases that remained, most of the victims declined to pursue charges.”

A UGA on-campus resource, Relationship and Sexual Violence Prevention (RSVP), is housed inside The Fontaine Center, which mainly focuses on drug and alochol prevention. On Friday, URGE executives sat down with assistant directors Caron Hope and Kelly Truesdell. They claimed RSVP terminated Red Zone Awareness week three years ago to include sexual assault cases outside those 15 weeks. Now, RSVP participates in the nationally recognized Denim Day on Apr. 29.

UGA must form administrative committees, and USG must enact policy reform. Once Duke University implemented the strictest sexual misconduct policy in history, 48% of undergraduate women reported they were sexually assaulted since enrolling. Duke’s default punishment is expulsion, and survivors are given more choices in reporting.

Last Saturday, UGA played football against the University of Notre Dame, which has a Committee on Sexual Assault Prevention (CSAP) that “facilitates collaboration and communication among the different departments and student groups working to address sexual violence and spearheads a variety of rape education/prevention initiatives.” Notre Dame relies on cohesion between administration and student-run organizations.

Alcohol abuse is not the problem. The problem is with USG’s sexual misconduct policy and UGA’s lack of an administrative committee.