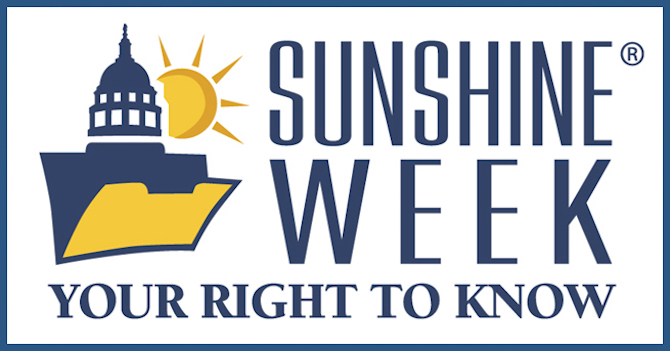 Mar. 12-18 is Sunshine Week. Launched in 2005, the initiative promotes open government and pushes back against “excessive official secrecy.”

Sunshine Week is promoted by the American Society of News Editors and Reporters Committee for Freedom of the Press. Events of the past year reinforce that the media themselves need self-examination regarding the dappled coverage of events.

Fortunately, enough outlets and citizen journalists exist and compete to the extent that citizens receive the news one way or another and, “Truth will out.”

Not so at the General Assembly as the 40-day session reaches its 2017 halfway point. Few of Georgia’s 10 million residents reach the State Capitol to follow along in person.

Happily for many, the Georgia House of Representatives facilitates citizen engagement.

At 3 p.m., the House Special Rules Committee met. One of those offering testimony about Georgia’s IT advantage was Larry Williams, president of the Technology Association of Georgia; 71 people watched online.

At 2 p.m. that same day, the Senate Finance Committee met, with five House bills on the agenda. Unfortunately, you had to be there to know what was happening. Senate committees are not yet live-streamed. In fact, the Georgia Senate does not even record committee hearings.

Citizens, and even individual senators, sometimes take the initiative to live-stream hearings via Periscope and Facebook Live, leading to some testy exchanges.

Sunshine sounds good, but it needs accountability to work.

Case in point: In 2015 the legislature beefed up reporting requirements for agencies involved in civil asset forfeiture: “Any law enforcement agency, multijurisdictional task force, district attorney, or state agency receiving property and proceeds forfeited… and any income resulting from the sale of forfeited property, including property distributed in kind,” must submit a detailed annual report by Jan. 31 to the state auditor and copy the Carl Vinson Institute at the University of Georgia.

By Mar. 9, more than a month past the deadline, the Carl Vinson Institute still had not heard from all agencies required to report. The law outlines consequences for fraudulent reports, but not for late reports—or no report.

Worse, as the foundation investigated the compliance rate, the institute responded, “We are not able to produce a report on compliance in an automated way [clicking a button]. In fact, we don’t have a comprehensive list of all the [law enforcement agencies] in the state.”

As for UGA and the Senate: Georgia’s sunshine laws generally give a government agency three business days to produce documents after an open records request. But in 2016, “Kirby’s Law” originated in the Senate, a carve-out for colleges in the University System of Georgia under open records.

Except for information on salaries, they now have 90 business days to respond to an open records request related to any of intercollegiate sports programs, including athletic departments and private athletic associations. The law was nicknamed after Kirby Smart, UGA’s head football coach, who made a personal visit to the Capitol.

Georgians are right to be suspicious when government and its representatives—whether an agency or an individual—drag their feet on sharing information with citizens. This Sunshine Week reminds us to demand transparency, but also to insist on accountability.