Keep Your Guns, But Get Rid of the Second Amendment 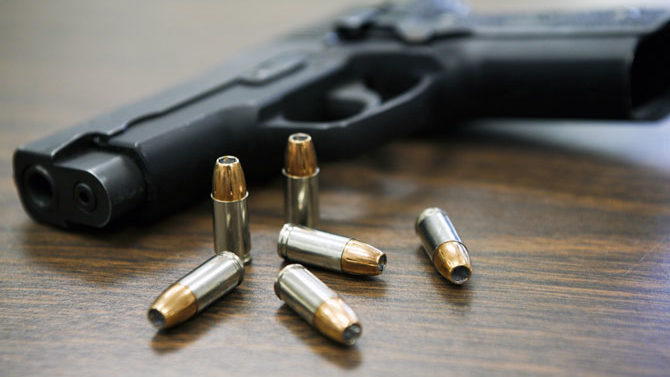 OK, I confess I fail to see the thrill or need associated with gun ownership and use, but we live in a free country—sort of—and I get why those who hunt need long guns. But I teach, write and live trying to practice nonviolence between and among humans, at least. I’ve had guns pulled on me and fired at me twice and have never ever wanted to shoot anyone. That direct violence is beyond my understanding, so I fully acknowledge my bias against guns, especially handguns.

I believe in regulating those things that prove they harm others. No one should be free to harm others—that is not freedom, it is unwarranted arrogated license. The freedom of your hands stops where my nose begins, as they say.

My real point on the Second Amendment is that it effectively blocks sane control of weaponry. Repealing the Second Amendment would not affect anything that most gun owners feel is desirable. But the Second Amendment as interpreted by the Supreme Court does make it possible for the gun industry, through its most powerful lobbyist (the National Rifle Association) to claim that laws restricting anything to do with guns are odious and part of an unconstitutional slippery slope. The track record is so clear: The Second Amendment protects the gun manufacturers and sellers at the expense of a lot of lives every year.

Suicide is possible without guns, clearly. What if greatly limiting handguns, or using available technology so only the registered owner could fire it, could save just 1,000 of the estimated 21,175 firearm suicides or just 100,000 of the estimated 836,000 ER visits from self-inflicted gun wounds in the most recent Centers for Disease Control and Prevention data? Would rational Americans perhaps think about that and fix at least part of the gun problem?

Finally, some serious brave NRA members are challenging the wingnut level of gun lobbying by the NRA, including some who flat-out quit the group publicly when NRA Executive Vice President Wayne LaPierre said the two terrorists who shot up San Bernadino, CA, killing 14 and wounding 21, should not have been stopped from purchasing their assault rifles. But the politicians who take on the NRA are open to serious retributive electoral pressure, and the ones who toe the line for the NRA are richly rewarded by an annual NRA lobbying expenditure of at least $735,000, possibly as much as $3 million. That is a lot of junkets, TV ads and fat honoraria.

But more Americans are rejecting the politicians who accept big NRA donations—their success rate is falling, and no wonder. Every new mass shooting brings out the most twisted defense of “gun rights” and the most warped disregard for the right to life imaginable by the NRA leadership.

However we get there, we need to stop the massive flow of weaponry into our streets, and we need to do it on a large scale. Strict gun laws in one town are nice, but when we have a 50-state open-border country, guns flow into places like Chicago despite good local efforts to stop the murders and suicides. There are almost 400 million guns out there, so it will take a long time to bring down the numbers, but we can do it if we get sane and serious about it.

I know no gun opponent who favors disarming the rural hunter putting provender on his or her family table. I can hope that those, in fact, will be some of the voices calling for far greater sensible gun control so they can take a trip into a city and make it back alive—or so they can send their child to college in some town and not fear so much.

Hastings is the executive director of PeaceVoice, a nonprofit devoted to spreading nonviolence.