On Labor Day, Georgia Workers Should Demand a Better Life 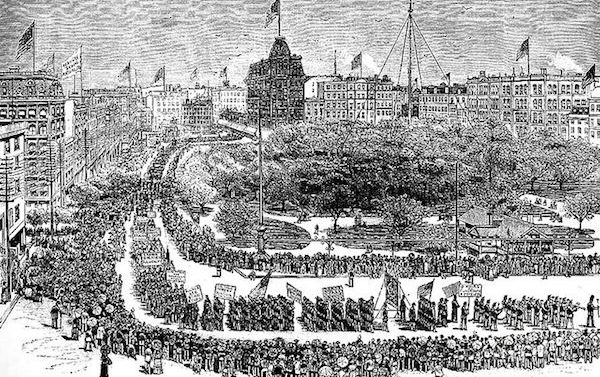 Labor Day was created to pay tribute to America’s hard-working men and women, but for many working and middle class families in Georgia, taking time off during the holiday is not an option. For too many Americans, Labor Day is just another working day when the realities and challenges they face only grow.

Across our state, countless hard-working Georgians who help to feed, serve, clothe and build this country still struggle like never before in low-paying full- or part-time jobs. Nationally, wages have not kept up with inflation. In Georgia, wages have dropped by 12 percent between 2009–2014. Most Americans hope to improve their lives and their income annually, but in Georgia wages have dropped by 13 percent since the recession, a real figure of $7,374 lost, on average, to Georgia’s working families, from 2007–2013.

Erratic work schedules are becoming the norm, especially for workers in the service sector like those at Walmart and McDonald’s. This kind of scheduling makes it all but impossible for workers to control their lives, let alone go to school or take care of a child or a loved one.

Even worse, as Bloomberg News just reported, irresponsible companies like Walmart promise to raise wages, and then turn around and cut hours—so workers actually earn less. And, to add insult to injury, trade deals supported by Democrats and Republicans offer false promises of better jobs, but we continue to ship good Georgia jobs overseas.

As a result, income inequality has risen to levels not seen since the “Roaring Twenties,” and the divide between the rich and poor continues to grow. According to the new book titled $2.00 a Day: Living on Almost Nothing in America, the number of U.S. residents struggling in poverty and trying to get by on only $2 a day has more than doubled since 1996.

This Labor Day, every Georgian must really ask themselves: How long can this nation endure when so few have so much, and so many have so little?

For the sake of all of our families, this must change. And that change must begin now.

Our 17,000 member strong union family is more determined than ever to fight for a better life for all hard-working Georgians. Our message to every worker is a simple one: You’ve earned a better life.

Every day, not just on Labor Day, unions work hard to provide the better wages, benefits and protections that working men and women truly need. The results and benefits of joining a union nationally are quite clear. On average, union workers earn 27 percent more than non-union workers, and are more likely to have paid sick leave and a pension plan.

More importantly, it is clearer every day that our nation’s broken political system is unlikely to address income inequality, and poor wages and benefits will not be addressed by irresponsible companies more interested in PR stunts.

Real change will come from hard-working people joining together to fight for it. That’s what Labor Day must be about.

But above all, Labor Day must also be when Georgians realize that there is no corporate or political hero coming to the rescue. Instead, hard-working men and women must seize the opportunity to define their own destiny.

Doing so begins with every worker knowing that they have power, with our help, to negotiate a better life for themselves and their family. Because when all is said and done, no one in Georgia should have to fight for a better life alone.

Steve Lomax is the president of United Food and Commercial Workers Local 1996, which represents 17,000 members in the Southeast, and an International President of the UFCW. Local 1996 represents retail workers; poultry, packaging and manufacturing workers; and health care workers, providing excellent part-time and full-time benefits as well as dignified treatment and a voice at work.