Back in 2007, Georgia Revenue Commissioner Bart Graham noticed something funny in the state budget. What he discovered would bring to light a scandal then nearly 20 years old, yet which still hasn’t ended.

What caught Graham’s attention was a scheme set up in 1990 that granted regional monopolies to a handful of businesses for performing mandatory title inspections on salvaged cars. Funny thing, not only did these shops have no competition, but they never bid for the contracts, and on top of that, the state was paying the inspectors to the tune of well over a million dollars a year.

And lo and behold, the sweetest contract—for the populous region, including Gainesville and Atlanta, where fees were higher than anywhere else—had been handed to a company called Gainesville Salvage Disposal, co-owned by none other than Nathan Deal, a state senator in 1990, and, by 2007, a U.S. representative in Washington. Nobody could tell Graham how or why the contracts were granted, and Deal himself said of the process, “I don’t know there was much of an official thing,” he told the Atlanta Journal-Constitution in 2009.

But the money was official enough, so with the support of the state attorney general, Graham decided to end the no-bid monopolies and privatize the system, saving $1.7 million off the annual state budget. While Graham may have expected some pushback from the beneficiaries of the sweetheart system, he could never have foreseen the lengths to which Deal would go to keep that spigot of taxpayer cash open. 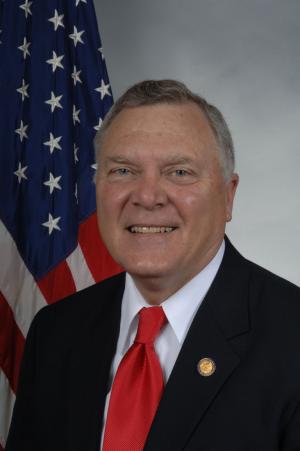 Two years earlier, Nathan Deal had sunk $2 million into his daughter Carrie Wilder’s business venture, Wilder Outdoors, and by the spring of 2008 had signed off on more than $2 million in additional loans as the store failed to turn a profit. Easing Deal’s pain somewhat were the tens of thousands of dollars he earned as a corporate officer of GSD, as reported on his W2s.

The only problem was that Congress prohibited members from serving as corporate officers and from making more than about $25,000 in outside earned income. And by 2007 Deal was earning nearly three times that amount from GSD per his tax returns. Representative Deal solved that problem by simply failing to disclose his position at GSD on his congressional financial reports, and listing his earned income as dividends instead, according to a complaint by the watchdog group Citizens for Responsibility and Ethics in Washington.

So in June of 2008, Commissioner Graham was called to a meeting by Lt. Gov. Casey Cagle and found himself greeted by Deal, flanked by his GSD business partner Ken Cronan and Chief of Staff Chris Riley. Cagle later claimed it was simply a talk between the commissioner and a constituent businessman, while Deal claims to have been acting as a “public servant.”

In any case, Deal was there to ask that GSD be granted a full-time, state-paid inspector, which would mean more title inspections for himself and Cronan and, naturally, more revenue. Graham, who had informed Deal of his intentions to privatize the system five months earlier, refused on the grounds that no other location had a full-time inspector, and anyway, he hadn’t changed his mind about ending the monopolies.

Deal, however, was not inclined to take no for an answer, and just four days before Wilder Outdoors closed up for good—leaving Deal with a $2 million cash loss plus more than $2 million in loan debt, for which he would soon have to put his Gainesville home on the market and liquidate retirement accounts—another meeting was called.

The meeting was described as “contentious” and “hostile,” and Graham has said that Deal left no doubt he wanted the $1.7 million for title inspectors restored to the state budget, justifying the move in part by speculating that if left to the free market, “illegal aliens” might end up getting the work. Despite the pressure, Graham refused to budge.

Yet three days later, on the eve of Wilder Outdoors’ closure, the $1.7 million for state title inspectors reappeared in the budget. Neither the Senate committee chairman nor the subcommittee chairman overseeing the process claim to know or recall how it happened. The lieutenant governor’s office had no comment.

But a few hundred thousand in income is no match for millions in losses and debt, and in May of 2009, Deal and Cronan would take out a $2.8 million loan, backed by the assets of GSD. This loan would go undisclosed by Deal for over a year until uncovered and reported by the AJC. And in that same month, Deal announced he’d be running for governor of Georgia—and, of course, accepting contributions to a campaign fund.

According to law, campaign funds cannot be used to enrich a candidate or his associates. Nevertheless, the Nathan Deal for Governor campaign (DFG) routed more than $40,000 to Nathan’s daughter-in-law Denise as campaign staff, and more than $135,000 in airfare—more than six times what opponents Roy Barnes and Karen Handel spent combined—to North Georgia Aviation, a subsidiary of Deal’s own GSD. And as it happened, the plane and helicopter they used were owned by HRPW and PWWR, companies whose official addresses were the same as the home address of Riley, Deal’s chief of staff.

Deal could use the cash, seeing as how Graham went ahead and privatized the state title inspection system through regulation. Despite claiming that his attempt to strong-arm Graham was not illegal because, according to Deal, privatization would benefit his business, Deal and Cronan opted to shut down their title inspection business in August of 2009, rather than operate it on the free market.

Unfortunately for Deal, the U.S. House of Representatives Committee on Standards of Official Conduct (CSOC) took a different view of the whole title inspection affair and asked the Office of Congressional Ethics to review it. The office reviewed the case, and in February of 2010 unanimously recommended an official investigation, finding “substantial reason to believe” that Nathan Deal violated rules limiting outside income, prohibiting income as a corporate officer, requiring full financial disclosure and barring personal use of government resources. The office also believed that he may have violated rules against using his office for personal gain.

Fortunately for Deal, there was a fix for that, since the CSOC only has jurisdiction over members of Congress. On Mar. 21, 2010, Nathan Deal resigned his seat as a U.S. Representative, stopping the investigation cold.

But the U.S. Department of Justice and the Federal Bureau of Investigation have no such restrictions, and on May 24, Assistant U.S. Attorney Robert McBurney and an agent from the FBI showed up at Graham’s office at the Department of Revenue with a subpoena to provide evidence to a federal grand jury, the AJC reported. The criminal investigation into Nathan Deal had begun.

Not one to be daunted by mere legal proceedings, Deal continued to route tens of thousands of dollars to daughter Denise through a company called Southern Magnolia Capital, then when that was exposed, through a business called The Sassafras Group. According to charges later filed with the Georgia Government Transparency and Campaign Finance Commission (commonly known as the ethics commission), he allegedly siphoned off even more cash to fund his legal defense against the feds.

So in October 2010, ethics commission director Stacey Kalberman and deputy director Sherilyn Streicker began seeking subpoenas for members of the Deal campaign, investigating charges that Deal had accepted excess contributions and then used them for improper purposes. In early 2011, after Deal was elected governor, the FBI and federal prosecutors got interested, too, paying a visit to Kalberman and Streicker to find out what was going on down in Georgia.

In May 2011, Deal’s executive counsel, Ryan Teague, contacted Holly LaBerge to see if she’d be interested in taking Kalberman’s job. The following month, both Kalberman and Streicker were forced out under the pretense of budget cuts, and in August, LaBerge was installed in Kalberman’s place. According to sworn testimony by ethics commission staff, that’s when orders came down to remove, alter and destroy documents in the Deal investigation files.

The following summer, LaBerge’s ethics commission offered Deal’s legal team a consent order (equivalent to a plea deal) of a $5,400 fine on most of the financial violations, 75 percent less than an offer made the previous month, which itself was a fraction of the original $70,000 recommendation. Charges of using campaign funds for legal fees and funneling money to himself through North Georgia Aviation were still pending.

Riley was unpleased with that arrangement, and on July 16, 2012, he texted LaBerge, asking her to “resolve all DFG issues” before a scheduled hearing one week away. The next day, Teague also called LaBerge on behalf of Deal, saying they’d be happier with a $1,500 fine, no admission of guilt and having the big charges simply tossed out.

LaBerge balked at that, but Teague told her it was “not in the agency’s best interest for these cases to go to a [public] hearing” and that the agency’s “rule-making authority may not happen” if they did. And although LaBerge protested “that the threat of rule making being withheld was being used to make the complaints go away,” nevertheless Deal was let off with a $3,350 fine (to cover administrative fees) and all charges were dropped.

With the state investigation out of the way, at least, Deal could finally focus on repairing his finances, and in May 2013, he and Cronan worked out a deal to sell GSD “for a few million dollars plus a monthly rental” to a company called Copart, which happened to owe the state of Georgia nearly $74 million in unpaid taxes. Deal’s attorney, Randy Evans, assured the press that Deal had no knowledge of any of that, since the transaction was handled entirely by a blind trust.

Yet less than two weeks before the sale, Evans himself had been in on a series of emails among Deal’s counsel and staff regarding the transaction, which were so deep in the weeds that Riley was editing Copart’s press release. (He had wanted references to Gainesville removed so that it appeared to be the sale of an Atlanta company.) Noticeably absent from the CC list on those emails was Jim Allen, the fellow in charge of the blind trust.

As for the press release, it was scuttled entirely and never saw the light of day. Copart had to settle for a tweet and a Facebook post.

By December 2013, the feds had apparently regrouped without McBurney and issued subpoenas to LaBerge, Kalberman, Streicker and two other ethics commission staff members demanding documents for the grand jury investigation, numerous media outlets reported. While Evans speculated that the action was somehow unrelated to Deal, the case number on the subpoena for computer specialist John Hair—who admitted to altering documents under orders—matched the case number of the earlier investigation in which the state ethics commission had cooperated with federal authorities.

By April 2014, a jury had unanimously ruled that Kalberman was wrongfully forced from office for investigating the charges against Governor Deal. She was awarded $700,000 in damages. Two months later, whistleblower lawsuits filed by Streicker, Hair and ethics commission attorney Elisabeth Murray-Obertein were settled out of court.

And seven years after a revenue commissioner noticed some funny business in the state budget, Nathan Deal remains governor of Georgia.