Over Protests, Board of Elections Sets March Date to Replace Mariah Parker on the Commission 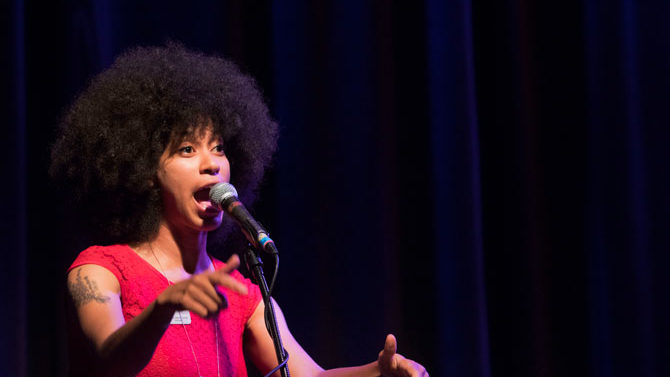 A special election to replace resigned commissioner Mariah Parker will be held in March, not November, the Athens-Clarke County Board of Elections decided last week.

The split decision during an acrimonious Sept. 20 meeting that included comparisons to slavery by proponents of a November election will give poll workers more time to prepare, and also settles the issue of who will be eligible to run and vote in the race—residents of the current District 2, or the vastly different District 2 that Republican legislators drew earlier this year and which takes effect Jan. 1. The two versions only overlap by about 1,300 voters, according to estimates from the ACC Geospatial Information Office.

About a dozen Black residents and white Republicans—united in many cases by their stated dislike of Parker and distrust of Athens’ progressive power structure—spoke in favor of a November vote under the current District 2 lines at a called Board of Elections meeting. Willa Fambrough, a nonpartisan board member appointed by the ACC Mayor and Commission, compared a March election to 400 years of slavery and Jim Crow.

“I’m a person of color,” Fambrough said. “Do you know how it feels when you take my vote away from me? Do you understand that?”

About 6,300 voters in East Athens who were moved out of District 2 by local Republicans’ redistricting plan already had the opportunity to vote for a new commissioner in May under the new lines. District 9 Commissioner Ovita Thornton was re-elected with no opposition, and voters chose Tiffany Taylor in the new District 3, which shares no terrority with the current District 3. Those voters will lack a commissioner for about seven weeks between Nov. 8 and the new districts taking effect.

“They secured their representation,” said Adam Shirley, also a nonpartisan board member. “One person, two votes is not what we want. That’s what would happen if we used the current lines.”

Meanwhile, about 7,000 voters who were moved into District 2, mostly from the current District 3, would have no opportunity to vote for their commissioner until 2024 if the election were held in November. They include many Black voters from neighborhoods like Rocksprings and the Hancock Corridor, in addition to primarily white Cobbham and Boulevard. Both districts 2 and 3 were and remain majority-minority, despite the lack of overlap.

While Director of Elections and Voter Registration Charlotte Sosebee (who is Black) said that her office would make it happen if the board set the election for Nov. 8, she also cited a number of obstacles and all but guaranteed that mistakes would occur. During Sosebee’s presentation, half the pro-November audience of about 50 walked out, shouting insults.

A special election triggered by a resignation within 90 days of a general election is really a separate, parallel election, Sosebee explained. Though held on the same day, state law requires the two elections to have different voting areas, ballots, machines and poll workers.

Another difficulty is that voter rolls for the old District 2 no longer exist—they were updated prior to the May election to reflect the new district. Trying to reconstruct those rolls on short notice while also adding newly registered voters and updating them to reflect who’s moved in or out since 2020 would inevitably lead to errors, Sosebee said, noting that Parker won by just 13 votes in a 2018 special election. “Can you imagine 13 people not being on the list?” she said. “Those are the kind of errors I want to avoid.”

Raffle, the local Democratic Party’s appointee to the board, said that he was swayed by the information Sosebee provided. “I am taking [partisan politics] out of my decision-making,” he said.

The Republican appointee, Patricia Till, joined Fambrough in voting against setting the Mar. 21 date, saying that she was siding with the speakers in attendance. Qadir, though, said his email correspondence skewed heavily toward the Mar. 21 date.

The board did not have the option of calling an election sometime between November and March. State law dictates when special elections can be held, and Mar. 21 is the next available date.