Athens Voters Could Decide on Property Tax Break for Homeowners 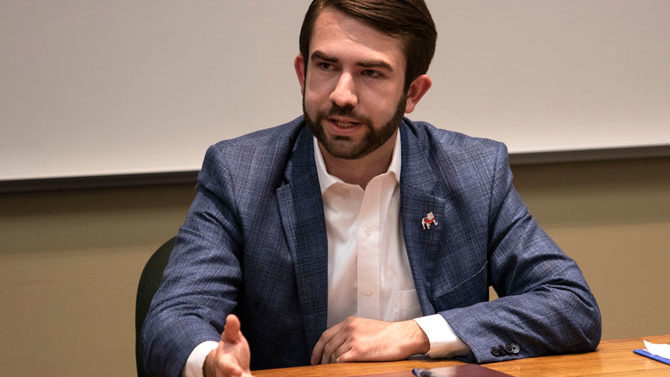 Athens voters will decide in November whether to lower property taxes for homeowners, assuming Gov. Brian Kemp signs a bill that passed the General Assembly.

House Bill 797 would increase Clarke County’s homestead exemption—already one of the highest in the state—from $10,000 to $25,000. For owner-occupied homes, the exemption is deducted from 40% of the assessed value of the home. The owner of a $200,000 home, for example, would pay taxes on $25,000 rather than $40,000 if the measure is approved, saving the homeowner about $200. The increased homestead exemption would only apply to ACC taxes; it would remain at $10,000 for Clarke County School District taxes.

ACC commissioners originally requested a property-tax freeze for low-income homeowners that would keep their assessed values the same until they sold the property. That’s still included for homeowners whose income is less than 200% of the poverty line, but the county’s Republican legislators also added the higher homestead exemption for all Clarke County homeowners.

The bill failed to gain traction during last year’s session, but gained momentum as this year’s session came to a close, passing the House on Mar. 29 and the Senate Apr. 1, one working day before the legislature adjourned for the year. Kemp will presumably sign it, as he does for nearly all local legislation of this nature.

Although the idea originally came from the county commission, Mayor Kelly Girtz wound up opposing the final version of the bill because it would cost ACC an estimated $3.2 million in revenue.

If the commission were to raise the millage rate to make up for the lost revenue, it would put more of the burden on businesses and owners of residential and commercial property, who could pass it on to their tenants. But with the county tax digest growing at a 6–7% clip annually, Gaines said he sees no reason for the commission to raise the tax rate, especially with a $60 million influx of federal funding from the American Rescue Plan Act. “The county is just going to have a smaller increase in revenue,” he said.

Another bill Gaines co-sponsored empowers the Classic Center Authority to display items formerly housed at the Georgia Music Hall of Fame in Macon at the new Classic Center arena. The hall’s memorabilia has been in storage at the UGA Special Collections Libraries since the museum shuttered in 2011 due to low attendance.

The legislature also passed a bill eliminating “free speech zones” at colleges and universities, meaning the Tate preachers would no longer be restricted to Tate Plaza (or two other free speech zones at Memorial Plaza and the Miller Learning Center’s Northwest Lawn). Evangelical street preachers occasionally gather outside the Tate Student Center to proselytize, offending students with their sexist and homophobic statements.

In addition, the state budget approved by the legislature includes partial funding for two new libraries in the area, one at the Wire Park development in Watkinsville and another on Athens’ Eastside, most likely either at Southeast Clarke Park or the old Gaines School site.

Doing His Own Research