Some Commissioners Push Back on Eviction Prevention Program 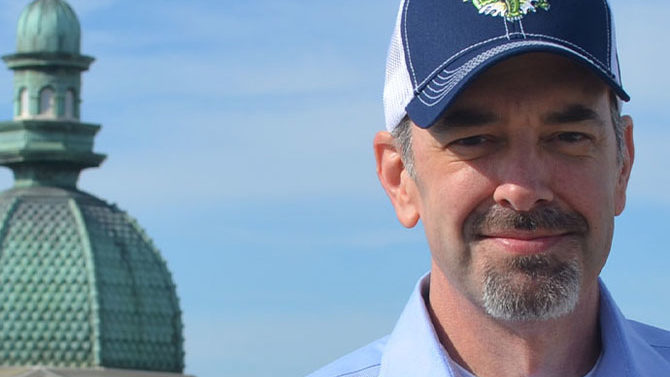 Some Athens-Clarke County commissioners pushed back last week against a proposal to help renters avoid being evicted, but the measure is still slated for fast-tracking at the commission’s May 18 agenda-setting meeting.

Project RESET would use federal COVID-19 stimulus funds to partially repay back rent owed by tenants who are in danger of being evicted. Commissioners Ovita Thornton and Mike Hamby called the proposal half-baked at a May 11 work session.

“Don’t just do it so we can sit here and say on TV that we’re doing something called Project RESET so that somebody can put it on Facebook and get some credit,” Hamby said.

In particular, Hamby complained that the program had no budget. ACC staff estimated that, if 3,000 tenants are evicted in the coming year owing an average of $4,000 each, and three-quarters participated, it would cost $9 million. However, that number seems high—only about 1,300 people participated in a similar program in Gwinnett County, which is much larger than Athens-Clarke County.

Regardless, the money would be worth it, Commissioner Jesse Houle said. “If this program is going to cost a lot of money, but that large amount of money means that we’re keeping people from becoming homeless, a crisis that we’ve all talked a whole lot about, that seems like a great place to put however large a pot we need to fill,” Houle said.

However, Project RESET’s supporters said time is of the essence. A CDC moratorium on evictions is set to expire June 30 and could be struck down in federal court even earlier. With a typical timeline of a month for public input and at least two months to receive and review applications from housing nonprofits to administer the program, under normal procedures it might not be up and running until August or September.

Commissioner Tim Denson, who introduced the proposal, noted that he’s been talking about it since January, and staff asked for direction in April. “We presented this weeks ago,” he said. “I think it is definitely appropriate for us to vote on a concept so we can give direction to staff… We need some concrete direction here, obviously, because that’s why nothing’s happened the past five months.”

Thornton and Commissioner Patrick Davenport also said that other rent relief programs are already in place, such as one run by Georgia Legal Services and the Georgia Department of Community Affairs. But those programs are not the same as Project RESET, Chief Magistrate Judge Patricia Barron told commissioners.

“Project RESET is a more comprehensive approach, as opposed to giving one-time assistance to somebody in dire need to help with the rent for this month that may not keep them in place three months from now,” Barron said.

Magistrate Court is responsible for evictions. Barron said the court typically receives 300 filings and has 100 hearings per month. The number of filings dropped below 100 per month during the pandemic but has been slowly rising, Barron said, perhaps because landlords know about the CDC moratorium. If so, there could be an explosion in filings after the moratorium expires.

Without a program in place to help, Denson said, the county might wind up spending even more money trying to shelter or rehouse families that have been evicted. “This is arguably one of the most effective ways, proactive, that we can keep families from becoming homeless,” he said.

COVID Cases Continue to Fall as Some Mask Policies Are Loosened