No Ethics Hearing for BOE Member Who Read Racial Slur 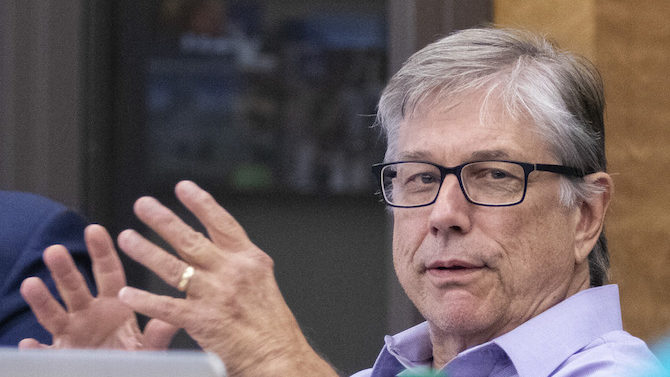 A majority of Clarke County Board of Education members voted to hold a hearing on member Greg Davis’ recent use of a racial slur, but fell short of the two-thirds vote required.

Davis has been criticized for reading aloud a Langston Hughes poem that includes the n-word at a Black History Month event at a local African-American church. Some black residents—especially vocal defenders of former superintendent Demond Means, who was placed on leave in December after stating his desire to leave the district—have called for his resignation, while others say those demands are a political ploy. Davis apologized earlier this month for what he called a “lapse in judgement.”

The board voted 5–3 in favor of holding a hearing on a potential ethics violation, with Linda Davis, Antwon Stephens, Patricia Yager, Charles Worthy and John Knox voting yes, and Kara Dyckman, Tawana Mattox and board president LaKeisha Gantt opposed. However, the motion fell short of the six votes required for passage. Greg Davis abstained.

Despite voting against a hearing, Gantt expressed disapproval of Greg Davis using the word, regardless of his intentions, and called it an example of white privilege. “I don’t think it’s about what a person meant to do,” she said. “It’s about the impact on the marginalized community.”

The board also discussed the proposed fiscal 2021 budget, which, at $163 million, is about $2 million less than the current year, thanks mainly to an expected 14% cut in state funding that amounts to $10.5 million. That will be mostly offset by a 7.5% increase in the tax digest and $5 million in federal funding through the CARES Act for coronavirus relief. Chief Financial Officer Chris Griner also proposed dipping into CCSD’s $32 million reserve fund for $3 million to $4 million to balance the budget.

Funding for central office administration is set to rise about $400,000, but interim superintendent Xernona Thomas made clear that the additional funding is for legal fees related to Means’ departure and paying two superintendents at once, as well as providing for Thomas to return to her role as chief of staff when a new superintendent is hired. “I don’t want the narrative to be that we’re adding staff,” she said.