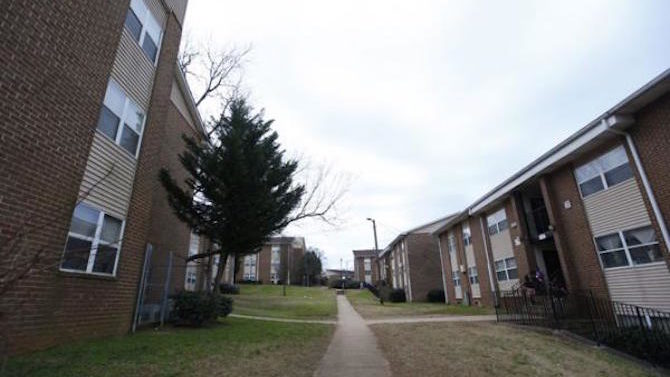 The Athens-Clarke County Commission will finalize a deal next month with the Athens Housing Authority and two private developers to raze Bethel Midtown Village and build a new mixed-income housing project.

Coronavirus has prevented planners from continuing to meet with residents and finish the master plan for the site, but a deadline for applying for the tax credits that will fund a majority of the project is looming. “Ideally, we would be done with master planning at this time,” Christina Davis, a project manager with Columbia Residential, told commissioners at a May 12 work session. However, the partners “feel that applying in 2020 is really critical” because living conditions at Bethel are “not ideal,” and criteria for the tax credits might change.

The arcane process requires the commission to rezone the property from multifamily to commercial-downtown, in order to allow for the necessary density for providing additional affordable housing. That zoning will be a placeholder until the master plan is completed. The ACC Planning Commission unanimously recommended approval.

The commission also needs to approve a resolution acknowledging the downtown master plan that was accepted in 2013. Both must be done before the partnership can apply to the Georgia Department of Community Affairs for the tax credits, which will then be sold and used to fund about two-thirds of construction costs. The deadline to apply is June 21.

In addition, DCA gives applications points for something called “beneficial financing.” ACC is contributing $44 million to the project through SPLOST 2020 to buy land and build infrastructure—but that money won’t count. Technically it will come through the AHA because the “gratuities clause” in the Georgia constitution prevents ACC from spending money directly on the project, Executive Director Rick Parker said. To satisfy the “beneficial financing” aspect, ACC will have to dip into its $700,000 affordable housing trust fund. The money will be transferred to the Athens Downtown Development Authority, which will then provide a low-interest loan to the AHA. That transaction is scheduled to be approved June 19.

DCA will award this year’s round of tax credits in November, about a month or two after Davis expects the master plan to be finished. There will be more face-to-face meetings with residents once gatherings are allowed again, she said, and in the meantime, residents are being surveyed via print newsletters and asked to comment on Facebook, Instagram and the website ndathensplanning.com.

If the tax credits are granted, demolition and infrastructure installation will begin in January, with construction following six months later. The first phase of the development is expected to open in fall 2022. It will consist of one-third public housing, one-third subsidized housing and one-third market-rate housing. The land and some of the buildings will be publicly owned and managed by AHA, with other buildings owned by Columbia Residential and Jonathan Rose Companies, the private developers involved.

“We’re not going to be reducing the number of deep subsidy units on the site,” Parker said. “We will be increasing affordable housing on the site through the use of low-income housing tax credits. It will be a mixed income site. We will do everything we can to avoid disruption to existing residents to the fullest extent possible.”