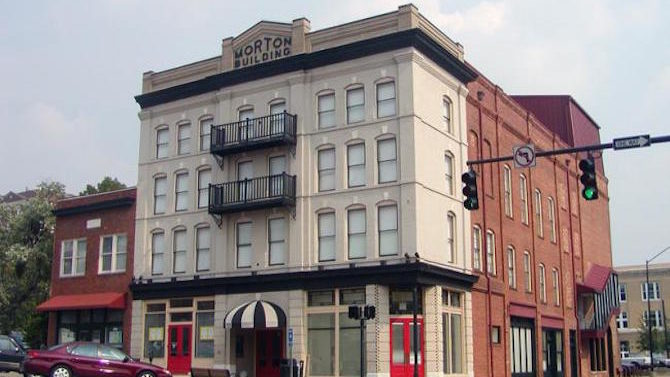 Many downtown business and property owners are apparently unhappy with being included in a new historic district covering the western half of downtown.

Those who responded positively to a county survey were mainly in the block surrounded by Clayton, Hull, Washington and Pulaski streets—a block that includes such iconic music venues as the 40 Watt Club. In other parts of the proposed district—which would extend from Lumpkin to Newton Street and Broad to Strong Street—responses were mainly negative, according to a presentation by Senior Planner Bruce Lonnee at last week’s work session.

That may come as no surprise, given that the original downtown historic district—covering mainly the area from Lumpkin to Jackson Street and a few properties down Oconee Street—was created after a three-year-long knock-down, drag-out fight in 2006. And any local historic district is, historically, almost guaranteed to draw staunch opposition from property owners who don’t want to ask the government’s permission to tear down or build something.

In this case, much of the opposition is coming from owners and tenants of newer buildings on the outskirts of the district, like the GameDay tower or the Chastain building. Commissioner Mike Hamby asked why those newer, “noncontributing” structures are being included. It’s to ensure that they fit with the historic nature of the rest of the district if they’re ever redeveloped or altered, Lonnee replied. And in the case of GameDay, the historic Art Deco former bus depot next door—now Chuck’s Fish—is part of the same parcel. Commissioner Melissa Link wondered how many of the property owners live out of town.

The West End was once the grittier, more industrial side of downtown, compared to the retail-heavy eastern side, Link said, with a tire store (now Creature Comforts) and a recap plant (now Ciné). West Washington Street is the heart of Athens’ music scene, Link noted, and also an important part of local black history. The “Hot Corner” at Washington and Hull was once the center of black commerce in Athens and still is, in many ways, with an annual gospel and hip-hop festival held there each summer, and the Athens Anti-Discrimination Movement’s expos for black-owned businesses on the patio at Max, not to mention the Morton Theatre or Homer Wilson’s longstanding barber shop.

“This is all that’s left of Athens’ unique, local music and arts culture,” Link said. “It’s all that’s left of our African American downtown business district. And I can tell you for a fact, there are outside big-time developers eyeing this area. This is our last chance of preserving the culture that got us on the map, quite frankly.”

Link originally pushed for the historic district in January, after a downtown church submitted plans to demolish a 100-year-old commercial building it owns and make it a parking lot.

The commission is scheduled to vote on the West End historic district Dec. 3, although commissioners could push back a vote, Lonnee said, because a moratorium on development and demolition doesn’t expire until February.

Frances Berry Resigns From School Board