Teachers’ Union Head: Means Is Turning Athens Residents Against Each Other 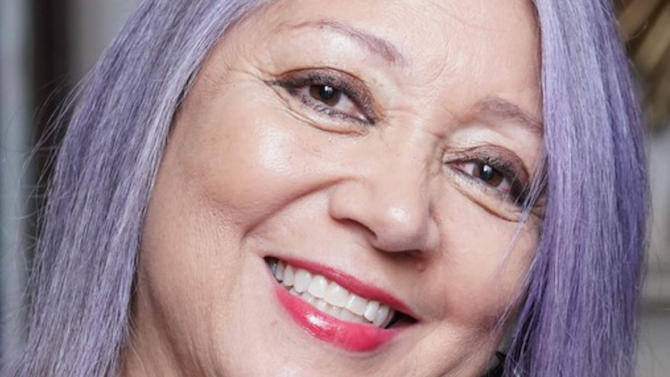 For weeks, Verdaillia Turner, president of the Georgia Federation of Teachers, tried to meet with Clarke County School Superintendent Demond Means. The meeting never happened, she said. They were scheduled and then canceled.

She’s not really surprised. She believes the end game for Means is straight out of the “vulture philanthropist” playbook: the privatization of public schools. And that is something she publicly opposes.

“It’s the usual thing—a black superintendent comes into a community and starts targeting the black community in order to win their support, and then criticizes teachers, all the while pushing testing and more testing,” said Turner. “Most people will miss the moves where beleaguered poor schools are handed over to charter school management companies, which give public money to private companies that have no transparency and no accountability to the public.”

If charters are so wonderful, she said, then why does award-winning Gwinnett County have no charters in its billion-dollar school system? Why are charters in school districts that are majority black?

“Agendas pushed by various superintendents don’t want to fix public education, they want to take over public education,” Turner says. “What they want to do is turn people in Athens against the school board and against each other.” In Athens, disputes among board members and a power struggle with the superintendent have threatened to rip the community apart. CCSD officials held a retreat over the weekend, mediated by the Georgia School Board Association, to try to work out their differences.

Turner’s comments are “unsubstantiated innuendo,” Means responded. “That is not accurate in any way, shape or form.”

But Means has been trying to get into a school leadership training program with ties to charter schools—even hiring a consultant to help him. For all of 2019, Means has been coached by Florida resident Robert Avossa, a graduate of the unaccredited Broad Academy, funded by the Los Angeles-based Eli and Edythe Broad Foundation. Billionaire Eli Broad is a staunch supporter of charter schools who is best known in education circles for funding efforts to privatize public schools in California. Avossa, Means said, has been coaching him on “effective leadership.”

After visiting the University of Virginia last fall, Means took the advice of a UVA official and hired Avossa to help him improve his performance as superintendent. (Means hired UVA to help turn around Gaines Elementary, which landed on a state list of “failing” schools last year.) There is no mention in the minutes of board meetings that on Dec. 7, 2018, Means approved a $15,000 contract with Avossa for 10 days of consultations, plus travel and other expenses. The school district’s policies say: “The Superintendent is authorized to sign on behalf of the Board contracts, leases, and/or contracts for goods and services for amounts under $80,000 without prior approval of the Board, but shall inform the Board for expenditures under $80,000.”

In addition to being a graduate of the Broad Academy, Avossa is the former superintendent for the Charlotte-Mecklenburg, NC, public schools, Fulton County public schools and Palm Beach County, FL, public schools. While he was the superintendent in Fulton County, graduation rates increased and the number of dropouts decreased. In addition, the district became a charter district and is the state’s largest charter district. In Palm Beach County, Avossa and the school board sued the state over a controversial pro-charter law.

Today, Avossa is listed as publisher at LRG Media, based in Palm Beach. He is also a member of Chiefs for Change,  a group founded by Republican former Florida Gov. Jeb Bush that pushes for charter schools and school choice.

Graduates of the Broad Academy are schooled to “disrupt the status quo” of public education, according to its website, and have done so at some of the largest school systems in the country, including New York City, L.A., Chicago and Seattle. Three quarters of the class of 2019 consisted of people of color.

Critics say the graduates seem to follow the same playbook: They focus on data and testing, demeaning experienced teachers and administrators and in many cases driving them away. They have been accused of sowing racial discord and downplaying the role of poverty in school readiness and performance, faulting teachers for not being able to reach underperforming students. And their goal is to welcome charter companies, Turner said.

According to Means, the Broad Academy has no ties to charter schools. The academy “works to build the capacity of system leaders,” he said.

In an Oct. 5, 2018, email to Means, Avossa wrote, “I’m equipped to assist with challenges from a Charter System, dealing with issues of race and class, and probably the most important part of our job—political mapping and strategy. Everyone in a college town knows more about education than the CEO/Supt.—Atlanta area was the same way. It’s also a lonely job—so…call me at your convenience.”

Means did call Avossa, records show. From February to April, Means and Xernona Thomas, his chief of staff, each made 12 one-hour phone calls to Avossa, who charged the school district $1,500, about $62.50 a conversation.

Emails and invoices reveal that Avossa is helping Means in a number of different ways, in addition to coaching him on applying to the Broad Academy. These services include refining presentations, offering tips on how to handle community concerns and editing documents. Avossa edited an Apr. 10 letter Means sent to board member John Knox accusing Knox of micromanagement and unprofessional behavior (which Knox denies). Before Means made a presentation on Apr. 30 on “student discipline and disproportionality,” he sent it to Avossa, who wrote on Apr. 28, “I can give you a few more tips and things to stay away from.”

Means told Broad officials he was working with Avossa, and the “knowledge, insight and counsel he has offered me has already greatly affected me and our entire school system.” In March, Means had an interview with the Broad Academy, and in April, he flew to L.A., hoping to be among the 2019 Broad fellows, according to public records. The Broad Academy paid for the trip, Means said.

A few days later, on the morning of Apr. 15, Means and Avossa drove from Athens to Banneker High School in South Fulton County, to meet with a principal Avossa had hired. Means, Avossa told then-principal Duke Bradley, “is in the process of taking on some very challenging schools that need transforming.” Means learned later that day he was not chosen for the Broad Academy.

Means’ mentor and dissertation advisor, former Milwaukee superintendent Howard Fuller, is a longtime advocate of vouchers and school choice (though Means himself has been an outspoken critic of vouchers). When he was head of the suburban Mequon-Thiensville district, Means also briefly led a state-mandated takeover of Milwaukee schools. But he wound up leaving his post as commissioner of the controversial Milwaukee “turnaround district” rather than turn public schools over to outside operators.

The GFT’s Turner says that teachers who are members of her organization have complained about how Means blames them for all student problems, without supporting them with paraprofessionals and other staff. That was a problem for him in Wisconsin, as well, where he had a poor relationship with the teachers’ union, according to media reports.

The reliance on standardized tests and data to gauge student progress “has nothing to do with measuring learning. A test is just a snapshot, not an indicator of what a person can do or what they can be,” Turner says. “The tests are not aligned to the curriculum or standards. It’s all part of the effort black superintendents make to convince the black community they can turn around schools where children are struggling.”

Means Has His Own Outside Counsel

While Means told the Board of Education last month that it wasn’t allowed to hire an outside lawyer to handle a complaint to accreditation agency AdvancED, he has had his own personal attorney at taxpayer expense for the past two years, according to documents obtained through open records.

CCSD is represented by the law firm of Hall Booth Smith, mainly by Michael Pruett in particular. In addition, Means has retained Mary Hubacher of Buelow Vetter Buikema Olson and Vliet, a Wisconsin-based law firm specializing in labor and employment law. Buelow Vetter is the firm Means hired in the fall of 2017 to investigate the district’s handling of the 2016 Cedar Shoals High School rape allegation and a coach who made sexual overtures to students. Since then, CCSD has been paying Buelow Vetter $15,000 a year to provide “professional legal services” to Means “on matters related to your role and responsibilities.”

While most of the emails between Means and Hubacher are redacted—presumably due to attorney-client privilege—among the topics they discussed were an ethics complaint filed against Means with the state Professional Standards Commission in May, former Chase Street Elementary principal Andrea Neher’s resignation and Means’ response to the allegations filed with AdvancED that board members are micromanaging.

Means first informed the school board of the agreement with Buelow Vetter last week, after an open records request was filed. He told them in a memo that it was “typical” for a superintendent to seek a second legal opinion.