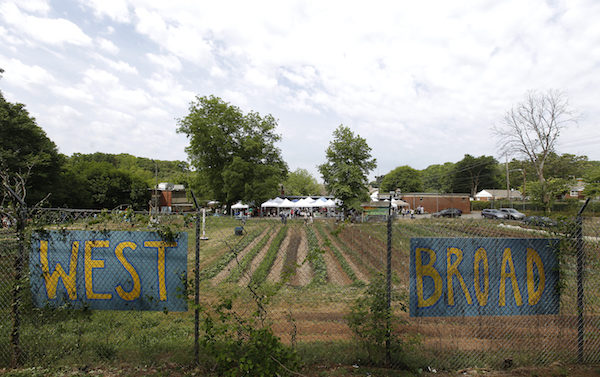 The Clarke County Board of Education voted Thursday night to approve Superintendent Demond Means’ controversial plan for an early learning center at the West Broad School, meaning the end of the West Broad Garden.

Means’ $10 million proposal includes five to 10 classrooms for Head Start, Early Head Start and/or pre-K in a new building, as well as community meeting rooms, an office for students to fill out job and college applications and a school-based health clinic in the historic portion of the school facing Minor Street. Athens Neighborhood Health Center Board President Mae Walter said her board hasn’t discussed the possibility of running a clinic on that site. It remains to be seen whether state and/or federal officials will allow an early learning center to be built on the land, which borders the four lanes of U.S. 78 and sits next door to a facility serving alcohol.

The vote was 4–2, with Kara Dyckman, Charles Worthy, Linda Davis and LaKeisha Gantt in favor, and John Knox and Greg Davis opposed. Frances Berry was out of town. Patricia Yager abstained. Tawana Mattox, who works for the Athens Land Trust, recused herself—a crucial distinction, because she was counted as not present, meaning only four votes were required to pass Means’ plan instead of five.

Greg Davis said he wanted the early learning center to be built at the 13-acre old Gaines School site, while Knox raised concerns about the escalating cost and shrinking number of classrooms included in the proposal. CCSD’s plan did not contain as much detail as the ALT’s response to a board request for proposals last year, Knox added.

The $10 million Means plans to use is “left over” from ESPLOST 5, which was presented to the public as a way to fund renovations at all four middle schools—but that hasn’t happened. Means plans to renovate Clarke Middle in 2025, making it a project for the next ESPLOST, which may or may not pass.

The long-vacant West Broad School is currently the site of a community garden and farmers market run by the ALT, whose memorandum of understanding with CCSD expires at the end of the month. While the land trust said the school buildings could be renovated, Means said school district officials have determined they should be demolished.

At Thursday’s meeting, Means said he had met with the ALT on Monday and offered to share a new building at West Broad, but with no space for a garden or a market. He didn’t specify a timeline for this shared building, nor did he say how the land trust would use it or how it would work with security or accessibility. He said the actual garden could move to Clarke Middle School, where there would be space for a kitchen, if needed, and technology.

Means said middle school students who congregate at the public library could congregate at the garden, without saying who would supervise the students or teach them about gardening. Clarke Middle School already has an agriculture program and an extensive garden, as well as chickens and goats, all of which are part of the curriculum. There’s a Monday market at the school, as well. The public library has redone its teen section and has afternoon programming targeting middle school students.

When Greg Davis pressed Means on developing the old Gaines School site, Means said the site will eventually include a branch of the public library—which Davis disputed—and a BizTown, which is sponsored in part by the archconservative Koch family.

The emphasis is on early learning, Means said, because high-quality early childhood education is the best way to assure that children are school-ready. It’s a way to combat poverty.

Means also said that it’s not good enough for students to simply progress over a year in school. Instead, if a student enters third grade reading at a first-grade level, that child’s teacher will help the child advance two grades and be reading on a third-grade level at year’s end. Closing the racial achievement gap is “an urgent situation,” said Means. When Greg Davis asked how this jump would happen, Means said, “We are trying a lot of different things,” including small class sizes and “learning Wednesdays,” where teachers can learn the latest pedagogy, and a mentoring program directed by Michael Harris and Lynn Duke.

“One year’s growth won’t be enough,” Means said. He said the district is engaged in “transformational” work.