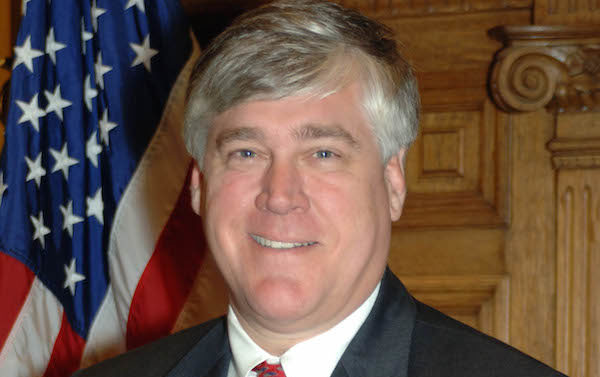 Is the state of Georgia fully funding public education? To paraphrase Bill Clinton, it depends on what the definition of “fully funded” is.

That was the crux of a debate between Clarke County School Superintendent Demond Means and Sen. Bill Cowsert (R-Athens) during an Apr. 8 Federation of Neighborhoods panel discussion about private-school vouchers.

Means has been outspoken about his belief that vouchers take money away from already strapped public-school districts like Clarke County’s. Means called Wisconsin—where he grew up and was a teacher and administrator for over 20 years—”ground zero for the voucher movement.” Vouchers were first put in place there by an African-American state legislator, Annette Polly Williams, in 1990. The program grew and grew under Republican leadership, and before her death, Williams renounced her involvement with vouchers. Unlike then, the legislation proposed in Georgia today lacks even the veneer of helping the underprivileged, Means said.

But for Cowsert, the funding provided by Senate Bill 173, which failed to pass earlier this month despite his support, is just a drop in the bucket of CCSD’s $161 million budget and could help children who aren’t being served by their local public schools.

Under the bill, public-school children from families that live below 150 percent of the federal poverty line, have learning disabilities or are the victims of documented bullying would be eligible for a $5,500 voucher to spend on private-school tuition. That’s roughly what the state spends per year to educate a child.

“This is a very small universe,” Cowsert said. “It’s not for rich kids. It’s not for kids who already go to private schools.”

One audience member wondered how low-income families could afford private-school tuition even with the subsidy. “That is a concern of mine as well,” Cowsert said, mentioning scholarships. Polls show that “minority parents are desperate for options,” he added.

When fully implemented, the bill would cap the program at 2.5% of public-school students in a district—about 350 kids in Clarke County, totaling almost $2 million in lost funding. That money, Means said, could go toward hiring counselors or social workers to solve the problems state lawmakers say they’re trying to fix with SB 173.

School board member Greg Davis pointed to a recent Flagpole column by Leon Galis, which traced the history of the school-choice movement to economist Milton Friedman, whose goal wasn’t to improve education, but to reduce the role of government. “The voucher bill as it’s currently proposed is a solution in search of a problem,” Davis said.

At the heart of the matter is Quality Basic Education, the formula the state government uses to distribute funding to local schools. As Cowsert pointed out, the legislature has fully funded QBE for two years in a row—something it had never done prior to 2018.

Means argued that QBE is inadequate. It only pays for $1 million of the district’s $9 million transportation costs and five out of nine school counselors. The district employs about 80 teachers and 180 paraprofessionals beyond what QBE covers. And QBE doesn’t offer any extra assistance for counties like Clarke with high poverty (36 percent among children) and the problems that come with it.

“It would be laughable if I hadn’t seen it in my career over 20 years,” Means said. “This is a national bill, a national movement with the intent to decimate public education.”

It’s CCSD’s choice to go above and beyond what the state funds, said Cowsert, who denied being influenced by national groups like the American Legislative Exchange Council (ALEC), which writes conservative sample bills for legislators to pass at the state level. “To expect the state to fully fund whatever a community desires is unrealistic,” he said.

Sen. Frank Ginn (R-Danielsville) said no one had been able to convince him that the bill would harm public schools, and that parents and students should have a choice.

“You’re pro-choice!” proclaimed a woman in the audience holding a sign telling the senators to “kiss your seats goodbye.”

“On education,” replied Ginn, who voted for the anti-abortion bill HB 481, as did Cowsert.

Cowsert also had a brief back-and-forth with the handful of sign-wavers, at one point calling them disrespectful. “You’re disrespecting women,” an audience member responded.

While SB 173 will remain alive for next year’s session, Cowsert said he doesn’t think it will pass. Means, however, doesn’t expect voucher backers to give up. “The next phase will be more sophisticated,” he said. “It will have more money behind it. It’s not going away.”