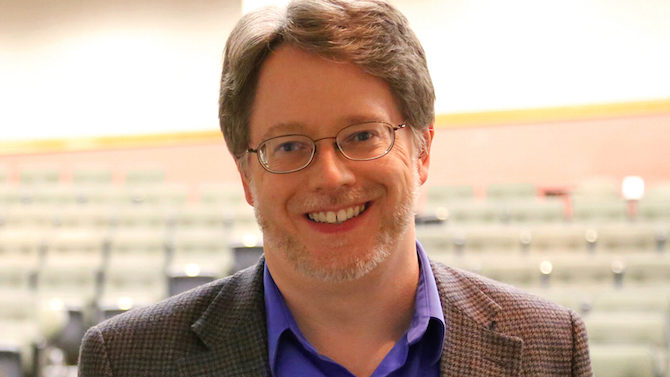 “This state is going down a very dangerous path by allowing vouchers to expand. This is serious,” Means said at a school board work session on Feb. 28.

Earlier that day, Senate Bill 173 passed out of committee on a party-line vote. [Update: On Tuesday, after Flagpole went to press, a handful of Republicans joined with Democrats to vote down the bill by a narrow margin.]

The fiscal impact of SB 173 is unknown, but a similar House bill, HB 301, would divert up to $48 million in state funding to private schools in the first year, rising to nearly $550 million after 10 years, according to the AJC. Both bills have the support of Gov. Brian Kemp’s floor leaders, indicating that Kemp would sign one of them if it passed.

The sponsor of SB 173, Sen. Greg Dolezal (R-Cumming), told the AJC that the bill is revenue neutral because the money follows students. However, that doesn’t take into account the effect on local school districts’ budgets.

“If you support these bills, I hope you’ve got 3, 4, 5 million dollars you can give us, or we’re going to have to cut budgets,” BOE member John Knox said. Means added that residents who want the district to hire more teachers or counselors should also remember that if CCSD’s state funding is cut, that might not be possible.

Means came to Athens two years ago after working as a teacher and administrator in Wisconsin, where Republicans started a private-school voucher program in 2013. “My time in another state has taught me that this is bad for public education,” he said. “It’s like pulling a thread. This will unravel public education for decades.”

But Athens citizens are so involved that they can make a difference, Means said. (Athens led the way in defeating Amendment 1, which would have allowed the state to take over schools with low test scores, in 2014.) “If you want to be an activist, if you want to be an advocate for public education, we’re at Ground Zero,” he said. State legislators get so little feedback from constituents that if enough people call or email, board member Greg Davis said, “they’ll think it’s an avalanche.”

Meanwhile, Athens-Clarke County commissioners will be discussing criminal justice reform this spring, but some of their efforts might be kept penned up by another bill in the state legislature that strengthens the cash bail system.

When people are arrested, they usually must pay bail—sometimes as little as $500, or much more, depending on the severity of the charge—to get out of jail before their trial date. Critics say the system discriminates against the poor and keeps people in poverty, because those who can’t afford to pay are unable to earn money while they’re in jail and often lose their jobs. A 2017 Stanford Law Review study found that, in one Texas county, bail created a two-tiered justice system, encouraged guilty pleas and, rather than keep criminals off the street, actually resulted in more recidivism. As a result, a judge in Harris County, TX ordered that everyone accused of a misdemeanor in that county be released within 24 hours without paying bond, unless they miss their court date.

Last February, Atlanta passed a law eliminating cash bail for low-level offenses like panhandling, public drunkenness or lacking car insurance. Cities like Chicago, Nashville, Birmingham and New Orleans have done the same. The bail-bonding industry, as one would expect, has opposed such initiatives in Atlanta and elsewhere.

While the Atlanta law goes further, Republican and Democratic state legislators alike supported, and then-Gov. Nathan Deal signed, a bill last year requiring judges to consider a defendant’s ability to pay when setting bail. It’s an issue of fiscal responsibility as well as equity: Keeping someone in jail while they await trial costs taxpayers thousands of dollars.

But the recently introduced House Bill 340 could undo those reforms. According to the AJC, the bill would empower judges to set bail for local ordinance violations, prohibit them from releasing anyone charged with a felony on their own recognizance and require all defendants to appear before a judge before being released (which would slow down the process even if the judge lets them go free without bail).

Gaines told Flagpole that the bill is “not perfect” and needs tweaking. “For serious crimes and felonies, while I believe a judge should have discretion, I do think he or she should provide a reason for granting an OR bond [a written promise to appear in court],” he said. “We don’t want individuals sitting in jail any longer than necessary for minor offenses, nor do we want to take advantage of the indigent with unfair bail limits. Instead, we should promote reasonable punishments that target serious crimes.”

Flagpole also asked Commissioner Mariah Parker—one of several local advocates for ending cash bail—for her take on HB 340. “This bill is reactionary and out-of-touch with the will of the people on both sides of the partisan aisle,” she said. “It seeks to undermine due process of law and hobble working families, low-income communities and the maturation of our system of criminal justice locally.  And it is particularly surprising in the wake of criminal justice reforms proposed by Republican Gov. Deal. No matter who you are or how you slice it, this is a senseless bill. And I would argue it is born of spite.”