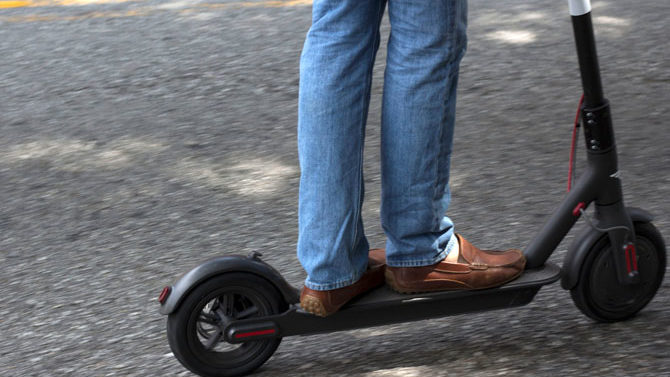 Many people were out of town and the Athens-Clarke County Commission chambers nearly empty for several important discussions at its Nov. 20 agenda-setting meeting. I’m just thankful this meeting, which included 41 agenda items, ended before I missed my early holiday deadline.

Booze Clues: While the brunch bill was an easy call, commissioners are asking for your help as they face another, more difficult choice when it comes to alcohol.

State law prevents bars—defined as establishments that make the majority of their revenue from selling alcoholic beverages for on-site consumption—from opening on Sundays. But a few years ago, the legislature carved out an exception for Savannah, which wanted to allow bars to open on St. Patrick’s Day. Now, cities and counties can choose one Sunday a year when bars can open.

Last year, commissioners opted for New Year’s Eve, which fell on a Sunday. Next year, there are three drinking-related holidays on a Sunday: Super Bowl Sunday, of course, but also St. Patrick’s Day and Cinco de Mayo. “I’d like to get some feedback,” Wright said. “I don’t think that any one’s even gotten 50 percent in our survey” of bar owners.

Bird Scooters: At their Dec. 4 voting meeting, commissioners appear ready to ban the dockless electric scooters that hatched all over town suddenly back in August—at least for 12 months, while county officials craft regulations and look for a partner willing to work with them.

At some point within that 12-month period, the commission’s Legislative Review Committee is recommending issuing a request for proposals to bring in one or two vendors willing to abide by the rules and kick in a little revenue for use of public streets and to fund increased enforcement. Many cities have taken a similar approach, as Bird and other dockless e-scooter companies are notorious for dumping the vehicles onto the streets of unsuspecting cities with no notice and little regard for safety or the law. “We want to get ahead of this,” Commissioner Jerry NeSmith said.

Since the scooters appeared, county officials have been struggling with how to enforce safety and traffic laws on users, who rarely wear the required helmets, often illegally ride on the sidewalk and sometimes leave scooters blocking sidewalks and driveways. Bird has been uncooperative in finding a solution, ACC officials say.

If properly regulated, though, e-scooters could be another transportation alternative to cars. They’re faster than walking, easier to ride than bikes, more convenient than buses and cheaper and more environmentally friendly than ride-hailing services.

“I really love them, but I understand it’s anarchy out there,” Commissioner Melissa Link said.

If and when the ban takes effect, “they have 10 days to come get their stuff,” NeSmith said. But what if they don’t? When UGA has impounded scooters, Bird has simply brought in more, rather than pay the impound fees, Commissioner Andy Herod said. “UGA literally has hundreds of these sitting in a parking lot somewhere,” he said. Commissioners discussed adding a clause that would declare the scooters government property after a certain time frame, then perhaps removing the motors and donating them to charity.

Giving Booters the Boot: Commissioners continue to struggle with what Herod termed “cowboy booters.” Residents and visitors have complained that they’ve parked in lots in and around downtown, unaware of booting policies, only to return and find that an Atlanta company wants an exorbitant fee to remove the wheel lock. Commissioners considered banning booting altogether, but then heard from parking lot owners who said it would make their rules—such as reserving lots for specific businesses—unenforceable.

The latest recommendation from the Government Operations Committee is to require multiple clearly-placed signs stating the policy, cap fines at $50, have dispatchers on call 24/7 and require booting companies to be licensed and employees to undergo background checks. Still, NeSmith raised questions: How would an out-of-towner know what the Bottleworks is? And at 4 a.m., how would a driver know the booting guy is the booting guy and not a mugger or rapist? Solutions could include requiring them to carry ID or wear a uniform. And maybe privately owned lots shouldn’t be reserved for specific businesses, NeSmith suggested.

SPLOST Spending: A citizens committee appointed to help decide how to spend revenue from the $248 million, approximately nine-year SPLOST (Special Purpose Local Option Sales Tax) 2020—a continuation of a 1 percent sales tax for infrastructure and other capital expenses—has yet to meet, and commissioners already know how they want to spend at least half the money.

The commission will vote Dec. 4 to set aside $158 million for, essentially, two projects: affordable housing and a new judicial center.

The $72 million, 142,000-square-foot judicial center—the size of one and a half Walmarts, if that’s how we still measure buildings around here—would relieve overcrowding at the county courthouse, where judges say they need more courtroom and office space, a jury room that can hold 200 people and increased security, with no easy way to provide that in a building that is 100 years old and has no room to expand. Associated expenses include $11 million for a parking deck—which commissioners may nix—and $9 million to renovate courthouse space for other county government functions.

ACC could then sell off other buildings it owns, like the water business office and Civic Hall near City Hall, and buildings on Dougherty Street and Satula Avenue, consolidating those functions at the courthouse. ACC could then partner with a private developer to redevelop those properties, for example a “creative center” for entrepreneurs on the City Hall campus, Commissioner Mike Hamby said.

The affordable housing funding was a plank in Commissioner Kelly Girtz’s successful mayoral platform. That $44 million would be earmarked for acquiring, building or renovating affordable housing, possibly in conjunction with the Athens Housing Authority, another agency or a private entity. Athens can’t wait another 10 years to address the problem, Hamby said.

Associated with all this is an estimated $21 million in financing costs. Issuing bonds isn’t necessarily a bad move fiscally, as interest rates, though rising, are still fairly low—meaning a pay-as-you-go approach is likely to cost more in the long run, because of inflation, for a government like ACC that has very good credit. And state law requires that a SPLOST longer than six years have a financing component. (It also must be a fixed amount of money, so the time periods noted are approximate.)

NeSmith, who served on the committee that recommended SPLOST 2011 projects, noted that commissioners then reserved $100 million of $195 million for two “designated projects”: the jail and the Classic Center expansion. That advisory board ultimately excluded the Classic Center, but the commission added it back in. Commissioner Diane Bell, who previously served on the SPLOST Oversight Committee, also said she’s in favor of the designated projects.

But Link and Commissioner-elect Tim Denson warned that not giving the citizens committee leeway to vet and choose from all 90 projects could cause SPLOST 2020 to fail at the ballot box because the designated projects push off amenities that might potentially be more popular. “If we force some of these big-ticket items on there… we could kill the whole package,” Link said. In response, Hamby floated the idea of adding a 10th year and about $30 million.

Youth Development: Speaking of SPLOST 2011, the commission has all but decided to grant $3 million earmarked for “youth development” to the Athens Land Trust—with or without the Clarke County School District’s blessing.

Hamby, who chairs a committee on revitalizing the West Broad neighborhood bordered by Hancock Avenue, Baxter Street and Milledge Avenue, had offered the funding to CCSD to work with the land trust to turn the vacant West Broad School—where the ALT operates a community garden and farmers market—into a community center focused on producing and assisting entrepreneurs. Superintendent Demond Means, though, wants to renovate the building using school-district funds for additional early learning classrooms.

Regardless, commissioners want to give the money to the ALT for a facility in the West Broad neighborhood that would house programs that train high-school students in agriculture, conservation and construction, as well as counsel first-time homebuyers and assist people who want to start businesses. The ALT is the only nonprofit that applied that has the capacity and track record to pull off such a program, Link said, but she hopes “other groups” take advantage.

“The Caterpillars or whoever may go somewhere else in 20 years, but you’ll still have an individual who has learned a trade, who has a Plan B, or a Plan A if they want to start their own business,” Hamby said. The facility will include a commercial kitchen, and “in today’s economy, you can sell those cookies around the world,” he said.