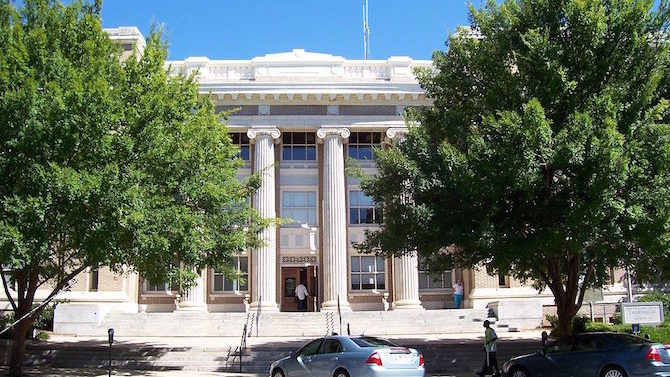 The Athens Anti-Discrimination Movement, a local nonprofit working for racial and social justice, is partnering with the Atlanta office of the American Civil Liberties Union to encourage Athens-Clarke County to adopt an ordinance that would limit the use of cash bail for people accused of minor crimes.

For many Athenians, paying bail for a low-level misdemeanor in order to avoid spending time in jail is as simple as pulling out a credit card for the bail bondsman. The working poor or indigents who don’t have credit cards or enough cash for bail aren’t so lucky, and sometimes must spend days or weeks locked up even for minor offenses such as disorderly conduct or driving without a license.

Critics say the practice denies those with insufficient cash equal protection under the law because they are poor. Cities and states across the country are passing legislation that restricts bail in certain instances for the poor. The city of Atlanta passed an ordinance that prohibits the use of cash bail for low-level misdemeanors, and has adopted a “bail schedule” that spells out offenses for which a cash bail payment is required.

For the poor, these short sentences can often have harsh consequences, especially for those barely making ends meet. Those who spend even a couple of days in jail might miss work shifts, leading to smaller paychecks or lost jobs, or miss rent payments and end up being evicted, losing their homes and their possessions.

“No cash bail is our main issue,” said AADM co-founder Mokah Johnson. “Cash bail can produce a terrible domino effect. Someone who spends two weeks in jail most likely will lose their job and fall even deeper into poverty.”

Gov. Nathan Deal made criminal justice reform a goal for his administration, and in 2013 he established a special bipartisan commission called the Georgia Council for Criminal Justice Reform. Made up of legislators, judges, defense attorneys, public defenders and public safety officers, the council reported consequences that carry heavy social costs. “People held in jail pretrial often lose their jobs, leaving them unable to support their families and ultimately unable to meet their court-imposed financial obligations,” the council reported in February.

“We have a two-tiered system of justice,” Burrell Ellis, political director of the ACLU in Atlanta, told Flagpole. “If you can afford bail, you get freedom. If you can’t afford bail, though, you end up being incarcerated without being proved guilty. A person should not be denied freedom because they can’t afford bail.”

Bail is the principal way judges try to ensure that accused offenders return for their court dates after they are indicted. Pickens County tried a different way. Judges there allowed suspects to be released after arrest rather than require them to post bail, and the court then texted them reminders two days before their court dates. The result was a 30 percent drop in the number of defendants who failed to show up for court, according to University of Georgia law professor Russell Gabriel.

“People are spending time in jail for minor offenses, like shoplifting a can of peanuts,” Gabriel said, adding, “There’s a mindset of teaching the defendants a lesson” by assigning bail and then leaving the defendants in jail.

As might be expected, there is an organization eying these changes to the system that has mounted a scare campaign to whip up fears of increased crime. The Georgia Association of Professional Bondsmen has posted numerous articles on its website warning of increases in violent crime, even though none of the changes involve perpetrators of these crimes.

“At the end of the day,” Gabriel said, “it’s hard for some of the more traditional actors to accept that cash bail is not [acceptable as] a punishment.”