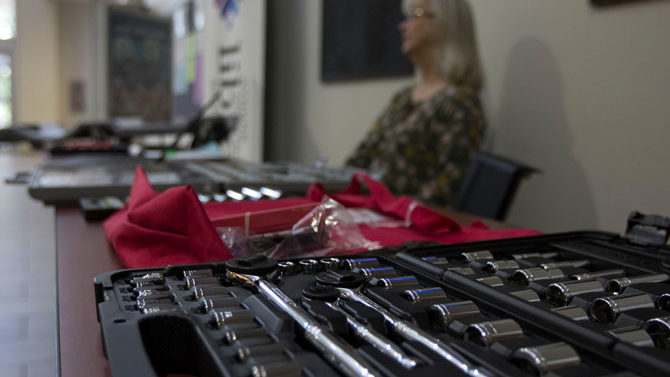 Black students are much more likely to be disciplined in Clarke County schools than other races or ethnic groups, according to newly released data from the 2017–2018 school year, and Superintendent Demond Means says he is making ending this discrepancy a priority.

White, Hispanic and multiracial students—the other 51 percent of CCSD’s population—made up 20 percent of “behavioral incidents,” including in- and out-of-school suspensions and timeouts. Hispanic and white students were disciplined at roughly the same rate, while the district’s 297 Asian students were suspended for a total of just 20 days.

“This disproportionality is of grave concern to me,” Means said in a Friday news release. “It is clear that by any analysis of data, whether it’s academic or discipline related, our students are in crisis—specifically, our black students. The current state is unacceptable.”

The district’s first responsibility is to maintain safe and orderly schools, Means said. “We will continue to address behavior that disrupts the classroom environment or violates the district code of conduct,” he said. “At the same time, we will address the elements of student discipline that are in our control as professional educators.”

In the release, Means said that more engaging classrooms, as well as more oversight of hallways and classrooms, can help reduce the need for disciplinary measures. He said teachers will be offered professional development opportunities to learn how to eliminate institutional and historical inequities.

“I believe that if students are taught and led by socially and emotionally grounded staff who embrace the unique opportunities afforded an educator working in an urban district like Clarke County, the impact will be that students also become more socially and emotionally grounded,” he said. “In short, the change we all want to see in our students starts with how we approach our work as educators.”

CCSD spent more than $500,000 over the summer to train 200 teachers in AVID (Advancement Via Individual Determination), a teaching method Means says was successful in the suburban Milwaukee district he formerly ran, although many educators have expressed skepticism. In addition, Means has hired a director of social-emotional learning and counseling.

The district also released results from last year’s Milestones standardized test that showed students making little to no progress over the previous year, and scores remaining below the state average. As they were last year—when Means said the data literally brought him to tears—the difference was driven mainly by poor scores among the district’s African-American students.

Means released a strongly worded editorial to accompany that data—look for it in a future issue of Flagpole—in which he declared that “our children are in crisis” and called test scores and access to rigorous classes “a modern day poll tax” that is excluding black students from higher education and jobs.

“It is simply unacceptable that only 15 percent of our black students in grades three to five can read at the state’s proficiency level,” he wrote. “This reality requires us—the professionals in the school system—to approach and apply our instruction in different ways. If those new ways do not work, then we need to try something else. We will demonstrate supreme relentlessness until our racial disparities and gaps are closed.”

Finally, the board of education has 42 new policies on the agenda for its Thursday, Aug. 9 meeting. It’s a lot to slog through, but Athens for Everyone did the work, and they’re not happy with a few. Specifically, the left-leaning group thinks a couple of the policies discourage debate among board members and board oversight, and consolidate too much power in the superintendent’s hands. Head over to athensforeveryone.com, and remember that those wishing to speak at board meetings must sign up by calling 706-546-7721, ext. 20702 by 4 p.m. on the day of the meeting.

One of Athens’ most prominent civil rights leaders died Tuesday, July 31 at age 72 after a series of strokes dating back to 2005. Virginia Walker was the last of the “Four Matrons,” along with Jessie Barnett, Evelyn Neely and Miriam Moore, who successfully pushed for improvements in the local African-American community starting in the late 1960s, insisting that federal money from the Urban Renewal and Model Cities programs go toward raising the standard of living in East Athens. They were instrumental in starting the Athens Neighborhood Health Center, building the Miriam Moore Community Center, redeveloping the Iron Triangle (now Triangle Plaza) with a police substation, and starting numerous social services programs, such as Family Connection/Communities in Schools, the Family Counseling Service, Athens Childhood Development and others, not to mention laying utility lines, paving roads and building bridges in her neighborhood, where many lacked running water and paved roads until the 1990s. Walker also showed leadership in the aftermath of police shooting and killing Edward Wright in 1995, lobbying for community-oriented policing, which newly hired chief Jack Lumpkin instituted soon after. Former ACC commissioner Harry Sims proposed naming Trail Creek Park for Walker last year.

The ‘Rain Tax’ and Clayton Street

Mandated by the federal government to prevent polluted runoff from reaching lakes, rivers and streams, the commission created the fee in 2004. The logic was that, by calling it a fee, ACC could charge the University of Georgia, the Clarke County School District, churches and other nonprofit entities that wouldn’t pay if the program were funded through property taxes—despite being major sources of the problem—thus lessening the burden on homeowners and businesses, as well. In addition, the fee is based on impervious square footage rather than total land area, because rooftops and paved surfaces are what generate runoff and taint it with pollutants like gas and oil. The general public, though, has often viewed the fee as simply another tax, rather than an effort to spread the cost fairly and avoid an even larger property tax hike.

Another question is whether ACC should expand the utility to cover drainage problems on private as well as public property. ACC has a survey online at accgov.com/stormwater through Sept. 30 and will host two public hearings Thursday, Aug. 16 from 2–3:30 p.m. and 6–7:30 p.m. at the Dougherty Street government building.

Other public hearings worth mentioning—on the Clayton Street infrastructure project—will be held from 2–4 p.m. Thursday, Aug. 9 and 6–8 p.m. Monday, Aug. 13 in the Michaels Building at 320 E. Clayton St. At those drop-in sessions, participants will be asked what visual elements they’d like to see on the street. An online survey will be posted at accgov.com/clayton after the first session and will remain online through Aug. 17.

Crews completed the pre-dig phase between Lumpkin Street and College Avenue two weeks early and have moved on to the south side of the College–Jackson Street block. Work there will continue through Aug. 24, then switch to the north side until Sept. 21. The pre-dig phase involves digging trenches for a future stormwater system that won’t be installed until January 2019, but is being done now because it’s the least disruptive part of the project.